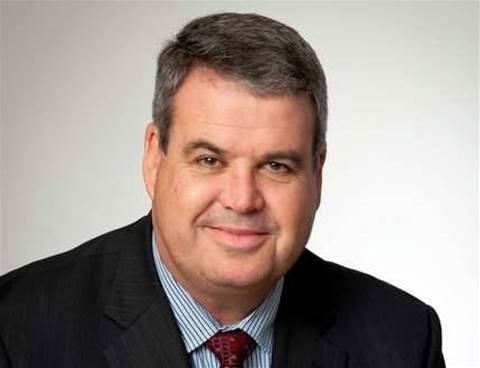 The Government's data centre-as-a-service (DCaaS) multi use list has been used for more than 20 cloud purchases in its first year of operation - enough for Australian Government CTO John Sheridan to brand the procurement experiment a success.

The whole of government head agreement, designed to make it easier for agencies to buy ‘cloud and cloud-like’ services, was launched by the Department of Finance in October 2012.

Some months before the agreement went live, Sheridan told vendors if no-one used the non-mandatory arrangement he would accept that it wasn’t going to work and ditch it.

But according to Sheridan, that has not turned out to be the case.

“We are very happy with how it has progressed,” he told iTnews. “With 22 contracts signed to date, we have found this to be a successful model.”

His own department has proven to be a big fan of the new model.

“I think Finance has accounted for 12 of the procurements so far. Obviously we are going to be ‘eating our own dog food’ as the industry would say. We have found it extremely useful,” he said.

His team was pleasantly surprised by the speedy turn-around from vendors when it used the multi use list to transition the data.gov.au portal into the CKAN platform, and when it moved the blog shared by Sheridan and Australian Government CIO Glenn Archer onto Drupal, Sheridan said.

But the arrangement’s value lies in making life easy for agency IT teams, rather than trying to encourage uptake of cloud or any other types of solutions, he explained.

“I’m not sure that any cloud deployments have happened under the multi use list that wouldn’t have otherwise.

“I have a great faith that CIOs of agencies are making sensible decisions in this regard,” he said. “Our role in our work here is to make it easier for agencies to enact those decisions.”

He said there was no shortage of cloud confidence within the federal government, and agencies would adopt the solutions right for them in their own good time.

“I don’t sense that there is risk aversion amongst my colleagues.

“Just because a new technology comes along doesn’t necessarily mean that you drop everything and adopt it on the spot. Agencies have to think about things like existing contracts, existing environments, investments they have already made," he said.

“The adoption of a new solution takes place upon reaching particular refresh triggers."

The DCaaS MUL has also fulfilled number of unanticipated uses. Sheridan revealed a number of agencies have turned to the list for assistance in narrowing down fields of potential tenders, and other organisations – including from state and territory governments – were using the list and filterable service catalogue to research what the cloud market has to offer.

Based on customer demand, Finance is also looking into the possibility of expanding the $80,000 price cap and 12 month price limit on contracts signed under the DCaaS MUL.

The restrictions mean agencies can make fast purchases directly from DCaaS vendors. They also mean the sum total of procurements through the multi use list in the past year is a relatively small $1 million.

But any contract breaching this price threshold would necessarily take longer than the sometimes overnight turn-around times experienced under the list, as Commonwealth procurement rules kick in and require that some sort of competitive tender to takes place.

“The fact is that you have to evaluate a limited tender first and that is the reality of the situation,” he said. “But still we would have a standard head agreement which all respondents will have signed, which will take some time out of that process.”