Biometrics fix foiled by make up 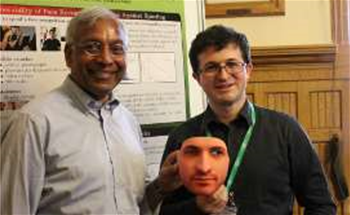 A European Union biometrics safety research project that aims to develop improved authentication products is claiming success with its efforts but appears to have mostly highlighted how difficult it is to make such identification technology work properly.

The Tabula Rasa (Latin for blank slate) project has received a total of six million euro (A$8.6 million) in funding.

European Commission vice president Neelie Kroes said she was pleased with the progress of the Tabula Rasa project, given "no other research group has achieved such advanced results in biometrics to date."

Biometrics technology which use physical features of users to authenticate them is seen as a secure replacement to passwords. However, today's biometrics such as fingerprints as well facial and voice recognition can be bypassed through various likenesses of users, such as photographs, masks, "gummy fingers" and audio and video recognitions.

Over the course of three years, Tabula Rasa consortium members have worked to discover as many vulnerabilities in today's biometrics as possible, so as to develop countermeasures against them and to create new and safer systems.

Some of the anti-spoofing countermeasures developed by the Tabula Rasa project currently include detecting signs of the subject to verify being a live person, such as blinking of eyes and perspiration.

However, in a recent Spoofing Challenge competition held at the Sixth International Conference on Biometrics, one particular attack succeeded in fooling the facial recognition system despite the "liveness" countermeasures being enabled.

Researcher Antitza Dantcheva's attack was deemed to be the most original and and brilliant of the competition. Dantcheva wore make up to appear like the victim to be authenticated, and succeded in unlocking the system.

The countermeasures are used by Swiss facial recognition company KeyLemon, in its authentication software that aims to replace passwords with biometrics, according to Tabula Rasa.