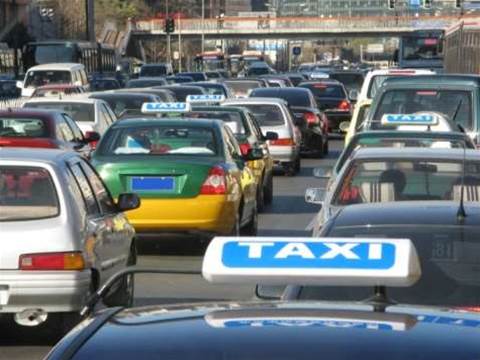 Main Roads Western Australia wants to move from its old, expensive methods of collecting traffic data and leverage the huge volumes of information being generated every day by cars and trucks on the state’s highways.

At present, the department collects information traffic flows through what it calls the “floating car methodology”.

On five weekdays during March and August every year Main Roads staff drive along a select number of routes in the morning peak, afternoon peak and middle of the day, taking measurements as they go.

The department is looking into ways it can increase its sample size without increasing the expense of the process.

According to tender documents, the department now wishes to “augment or replace” the floating car system with “a new innovative crowdsourcing methodology utilising GPS navigation technology”.

“Main Roads understands that billions of travel time data are being collected everyday throughout the world by in-car satellite navigation devices and apps on smart phone handsets.

“A number of previous assessments in Europe, the USA and Australia have proved that the satellite navigation technology can provide accurate travel time data - possibly more representative of traffic conditions than the traditional floating car methodology due to an increased number of sample points,” it said.

In a tender process currently underway, the department is looking for submissions from global organisations who collect and analyse this information by tracking the movements of consumers using free transport apps, accessing traffic cameras and entering into partnerships with car manufacturers and GPS navigation vendors.

In the US and Europe, INRIX sells access to its anonymised historical and real-time traffic information to the providers of navigations systems for use in predicting traffic flows, and also to organisations like Main Roads WA who want to analyse the performance of particular road strategies.

One of the major crowdsourcers of traffic information worldwide is Google, whose Maps applications uses the collective location data of users to assess traffic conditions and then compare between different transport modes and routes based on predicted journey times.

At this stage Main Roads said it only wants access to historical data – from 1 January 2011 to present – to measure its performance against relevant KPIs, calibrate its current traffic models and to evaluate investments based on before and after measurements of traffic flows.

However it has also strongly encouraged interested vendors to suggest ways to deliver on “future needs as they evolve”.

It has specified that the vendor will have to ensure that all methods for obtaining and storing the data will need to comply with relevant privacy legislation, including the Commonwealth privacy act.