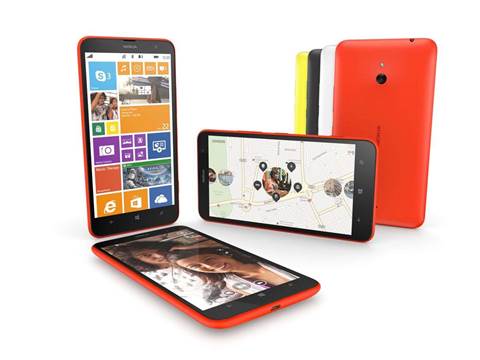 Pre-loaded with Office and Outlook.

Microsoft subsidiary Nokia has launched its first Windows RT 8.1 tablet, the Lumia 2520, in Dubai, along with two large-screen smartphones for Windows Phone 8, in an effort to catch up with competing vendors Apple and Samsung.

As a productivity drawcard, the Lumia 2520 tablet comes with Microsoft Office and Outlook for Windows RT preinstalled, as well as the offline Nokia HERE maps for navigation, Nokia Music with Mix Radio for entertainment, and Nokia Storyteller and Video Director for content creation.

The tablet is built around a 32-bit Qualcomm 2.2GHz quad-core Snapdragon 800 processor, with 2GB RAM and 32GB of storage, expandable with a further 32GB through micro-SD memory cards. 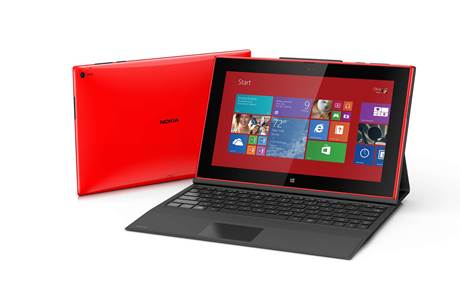 A 10.1-inch multi-touch display with high brightness and low reflectivity that has a high but not class leading 1920 by 1080 pixel resolution is said by Nokia to work well both indoors and outdoors.

Nokia, which has a longstanding partnership with German optics maker Carl Zeiss, has put in one of their lenses, with a large f/1.9 aperture for the 6.7 megapixel autofocus camera on the Lumia 2520.

Battery life is claimed by Nokia to be up to eleven hours for video playback from an 8,000mAh battery.

The optional Nokia Power Keyboard that has key and trackpads also features a built-in battery that adds another five hours of operating time, the company said. The keyboard also has two USB ports.

Nokia also said the device will charge quickly, getting up to 80 percent in just an hour.

The tablet has LTE Category 4 4G connectivty in several bandplans, for over 100Mbps downloads and a maximum of 50Mbps upstream, along with near-field communications, 801.11 a/b/g/n Wi-Fi, Bluetooth 4.0 low energy and A-GPS and Glonass positioning connectivity.

Australian availability of and pricing for the Lumia 2520 is unknown. The US, UK and Finland will get the device first, at a US$499 price.

The new phone comes in several colour options and uses the same Qualcomm Snapdragon 800 chip set as the Lumia 2520 tablet, along with 2GB of RAM and 32GB of storage, expandable with up to 64GB micro-SD cards. 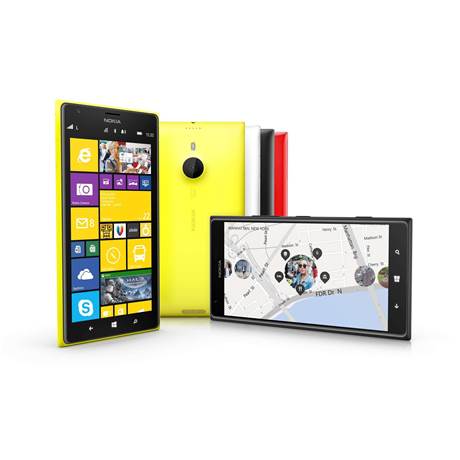 Pricing for the Lumia 1520 is US$749 when bought outright in Hong Kong, Singapore, the United States, China, Britain, France, Germany, Finland and other European markets. Nokia didn't reveal how much the Lumia 1520 would cost in Australia however, or when it'll be available.

The Lumia 1320 is priced at US$339 in the overseas markets it is first available in.