IT privatisation leaves Qld agencies ‘in a state of flux’ 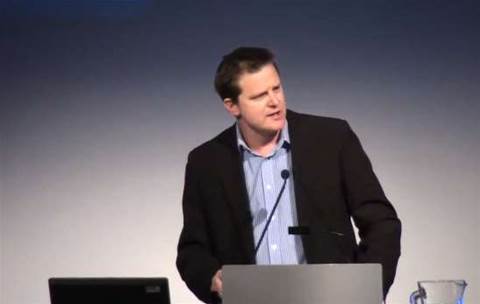 A Queensland government CIO has offered his customer-side perspective on the upcoming sale of the state’s data centre and network infrastructure provider CITEC.

Mark Cushing, who is currently the acting head of the interlinked IT operations at the Department of State Development, Infrastructure and Planning (DSIP) and the Department of Local Government, Community Recovery and Resilience (DLGCRR), said the divestment plans left him and his team “in a bit of a state of flux”.

“Most of our commodity IT is purchased as-a-service from CITEC. So you can see that the divestment of CITEC and the decisions that the government is yet to make on that puts my department at quite a significant risk in terms of how we deliver those services into the future,” he told attendees at an industry briefing held in Brisbane last week.

DSIP and DLGCRR, both of which are relatively small departments in terms of staff numbers, outsource the majority of their infrastructure needs to CITEC, including LAN, WAN and desktop managed services which are supplied in partnership with Datacom.

He said the majority of servers in CITEC’s two data centres are now virtualised, which “hopefully would make us that little bit more portable to move to a new arrangement if need be”.

“We intend to adapt our business process and strategies to the divestment of CITEC and what that might mean for us,” he said.

The government-owned business CITEC is due to be sold off to the private sector within the next two years, in accordance with recommendations made by Peter Costello’s Queensland Commission of Audit.

This means agencies currently utilising the CITEC infrastructure, including space within the Polaris data centre in Springfield and another CITEC-owned facility in the Brisbane CBD, are likely to find themselves dealing with new service providers in coming years – although the specifics of this process have yet to be set in stone.

According to the office of IT minister Ian Walker, these details may still be while off. But the minister has sought to reassure agencies that continuity will be a priority.

“The government is yet to make a decision on the preferred divestment option for CITEC, however, any decision regarding the CITEC divestment will ensure continuity of services for existing customers of CITEC,” said a spokeswoman.

She said there is no risk of a sudden cluster major ICT transition is parallel as “infrastructure migration would not be triggered by CITEC divestment as continuity of service would be a feature of any divestment option”.

The minister’s advice was that CITEC customers, like all Queensland agencies, should prepare for the move by complying with central directions to get their IT transformation plans in order.

“The ICT Action Plan contains a number of action items that will support agencies to move to ICT as a service, including the development of a cloud strategy, ICT as a service policy and toolkit,” the spokeswoman said.

“All agencies will develop ICT-as-a-service roadmaps by March 2014.”

Its a path Cushing and his team have already embarked upon, with a cloud pilot underway that is expected to lead to “a much broader cloud strategy in the future”.

Cushing said he was looking at cloud email and desktop provisioning in particular, and hoped that the size of the organisations would act in their favour.

“Our ICT profile is relatively small, but this does make us agile and ready to move. You might want to test the water with an agency like our and then scale up to a bigger organisation,” he told the vendor audience.