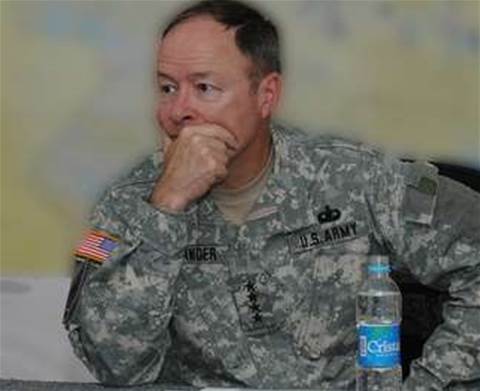 National Security Agency director Keith Alexander admitted he lied in June when he said the spy agency phone surveillance records gathered in programs exposed by whistleblower Edward Snowden had led to the deterrence of 54 terror plots.

During a US congressional committee meeting this week, Alexander revealed that only 13 of those terror plots had any connection to the United States and that less than a handful were uncovered as a result of phone surveillance, according to reports.

Previously, Alexander had managed to win over the majority of the crowd at Black Hat 2013 who listened to him defend the NSA surveillance programs. “Our job is defending the country,” he said in Las Vegas.

Alexander's eight-year tenure at the NSA was rocked by a string of revelations within documents leaked by Snowden that detailed at times unrestrained and global spying efforts by the agency.

Today Reuters revealed the fourgeneral formalised plans to resign in March or April next year.

Alexander was expected to be replaced by the US Fleet Cyber Command head Vice Admiral Michael Rogers.

Got a news tip for our journalists? Share it with us anonymously here.
Copyright © SC Magazine, US edition
Tags:
interception nsa security surveillance