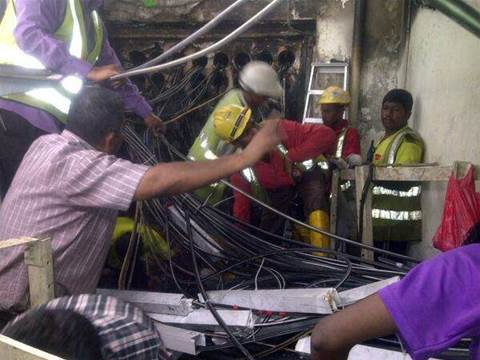 SingTel is working to resurrect the final batch of services that were forced offline by an exchange fire in the Singapore earlier this week.

The telco said in a tweet that it expected to have all services restored by 7am Singapore time on Friday October 11 (10am AEDT).

The fire damaged a total of 51 cables, which are being repaired by a team of over 100 engineers that have worked day and night to restore connectivity, the telco said.

The Straits Times reported that services of as many as 60,000 end users had been affected by the fire, as well as some banking services. It wasn't clear what caused the blaze.

The cause of that fire was not revealed in several investigations, though the blaze spread via cooling systems. It resulted in a damages bill exceeding $20 million.