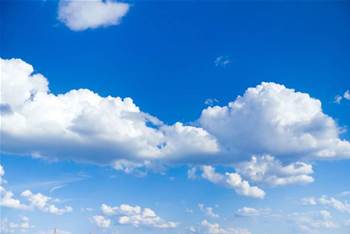 Verizon is opening new infrastructure-as-a-service and cloud storage services to public beta, but users in Asia Pacific will have to wait until next year for a point of presence in the region.

As foreshadowed at a company event in Tokyo last month, Verizon used the Interop technology show in New York to unleash Verizon Cloud and the associated public beta for the services.

The firm is yet to provide pricing guidance for either service, listing it as "to be announced".

Beta services are initially to be provided out of a data centre in Culpeper, Virginia.

"In order to ensure personalised service for each beta customer, access to Verizon Cloud Compute and Verizon Cloud Storage will initially be limited to a few hundred new users per month," a firm spokesperson said.

"The system has been designed to support millions of virtual machines in each location where Verizon implements Cloud Compute and Cloud Storage."

More compute and storage points-of-presence (POPs) are planned for California, Colorado and Amsterdam. All are expected to come online this year. In addition, Miami in the US and London, England will also get compute POPs sometime this year.

Verizon said in a brief note that it had "plans to add Asia in 2014" but did not elaborate further.

Verizon's Terremark business already has a "cloud-enabled data centre" for the Asia Pacific in Hong Kong.

Representatives for the company told iTnews last month there is also no technical reason why any of five non cloud-enabled facilities in Australia couldn't host cloud nodes now or in the future; however they were referring to existing Terremark-branded cloud services, rather than the new services.

The new IaaS platform uses Xen hypervisors that have been "optimised" to — among other things — "support VMware drivers and toolsets", according to a report by GigaOM.

According to the report, Verizon wants to attract enterprise customers wishing to move VMware workloads to the cloud. VMware, however, is looking to attract those same customers with a cloud offering of its own.

Verizon said in explanatory videos that compute capacity would not be offered in "pre-configured instances"; rather the service would allow users to choose CPU and IO speeds, "number of processors and amount of memory allocated to individual virtual machines".