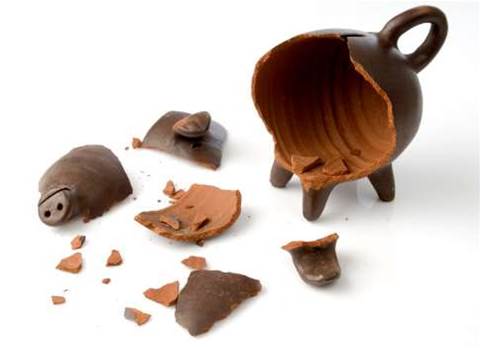 Web giant Yahoo is copping flak from security researchers over allegations it pays just US$12.50 (A$13.40) for bug reports that can only be spent on Yahoo-branded merchandise.

The researchers said they found a cross-site scripting (XSS) flaw in a Yahoo web property within 45 minutes. Yahoo's security team responded within 24 hours, but reportedly did not offer a cash reward, claiming someone else had reported the flaw first.

"Each of the discovered vulnerabilities allowed any @yahoo.com email account to be compromised simply by sending a specially crafted link to a logged-in Yahoo user and making him/her click on it," the researchers said.

"Yahoo warmly thanked us for reporting the vulnerabilities and offered us... 12.50 USD (twelve dollars and fifty cents) reward per one vulnerability.

"Moreover, this sum was given as a discount code that can only be used in the Yahoo Company Store, which sell Yahoo's corporate t-shirts, cups, pens and other accessories.

"At this point we decided to hold off on further research."

High-Tech CEO Ilia Kolochenko said the bug bounty figures were "a bad joke", considering the vulnerabilities could fetch more on the black market than from Yahoo.

However, Kolochencko said that "money is not the only motivation of security researchers". Appealing to the ego of researchers in lieu of big rewards also worked, he said.

Long-time anti-virus expert Graham Cluley agreed. "Of course, money (and t-shirts) shouldn't be the only motivation for reporting a security vulnerability. But such a risible reward is unlikely to win Yahoo any friends and could – if anything – make it less likely that the site will gain the assistance of white-hats in future."

The company noted that Yahoo had since patched all four XSS vulnerabilities.