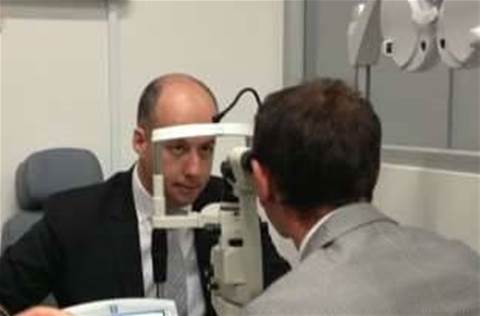 Victoria’s technology minister Gordon Rich-Phillips believes it shouldn’t matter where his government’s IT services are coming from – as long as they are “innovative, reliable and competitive”.

Under ‘Program Evolve’, the state government is market testing the scope of services currently provided by IT shared services agency CenITex.

Some union voices have suggested that the move could see the CenITex workforce as much as halved, but Rich-Phillips said the government would not know its position on employees until all responses to the expressions of interest (EOI) process had been received and assessed.

“Whether we see jobs shift from CenITex to the private sector or not, or whether we see some jobs shift back into departments will be determined by responses to the EOI process,” he told iTnews. “What is important is getting the service delivery that government requires in terms of its own ICT needs”.

As part of the market testing process, the government has asked prospective bidders to outline their plans for transitioning CenITex staff into their operations.

Rich-Phillips said it “is a matter for each respondent to determine how they are going to respond to that question.”

He added that “people with good ICT skills are going to be in demand whether through CenITex or through third party providers to government.”

Outsourcing IT shared services is part of the government’s push to introduce “competitive tension” into IT service provision, and take some of the complexity and risk out of an ICT environment that has had a rocky history.

The findings of a 2011 Ombudsman’s report – which revealed that the 10 worst performing government projects were collectively $1.44 billion over budget – looms large in the state’s IT policy imagination.

The government doesn’t want to repeat these expensive mistakes and one of the ways it is guarding itself against future trouble is conducting early market testing ahead of all major tenders – just to check that ideas are practical in the first place.

“Under Victorian ICT Strategy all major procurements will involve market engagement prior to going to a formal tender, so we can actually understand what is achievable before the probity walls go up and no one can actually talk to each other,” said Rich-Phillips.

Such a process has just wound up for VicConnect, the proposed replacement for the government’s ten year-old whole-of-government telecommunications purchasing agreements.

“Telecommunications is a marketplace where we know who the major players are, and that is why the approach was made to those particular people,” he said.

“It is a large project, a complex project, and the market engagement exercise needs to be manageable, so that’s why we went down the path of engaging with well known players in the sector.

“Obviously when it goes to a formal tender anyone is going to be able to bid for it.”

One of the recurring themes of the many reviews and reports into Victorian IT has been compliance.

Earlier this year, for example, the Victorian Auditor-General found that not one agency had completed all six stages of the apparently mandated gateway reviews for major projects in ten years.

Rich-Phillips said that under the state’s new IT accountability framework, agencies who bypass periodic feedback requirements will find themselves short of cash very quickly.

“In the past the approach has been, hypothetically, 'Here is $500 million. Come back in eight years'.

“Now we are looking for projects that can be run as pilots and then scaled up and built in stages. At each stage they will refer back to the central budget structure inside Treasury, so we don’t get through 90 percent of the budget and realise we only have 20 percent of the build.

“Simply put, the issue will be one of funding,” he said. “If agencies are not completing the feedback loop at stage one then they’re not going to get funded for stage two.”