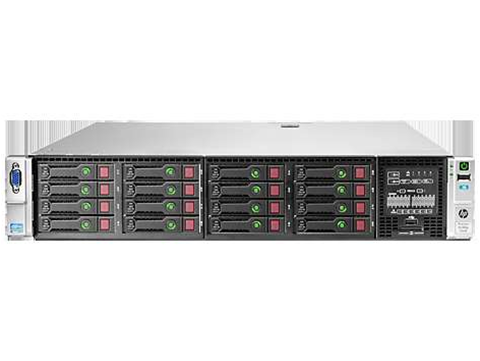 Getting started with ESX and Hyper-V.

The iTnews Enterprise Labs will be using hypervisors extensively in our test environment, giving us the opportunity to keep our finger on the pulse for the latest virtualisation features.

With half an eye on the Microsoft and VMware updates due for release over the coming months (Hyper-V 2012 R2 and vSphere ESXi 5.5), we thought it best to first give readers the state of play on the machines we're running.

At present we have Microsoft’s Hyper-V Server 2012 and VMware’s vSphere ESXi 5.1 running on our HP ProLiant DL380 Gen8 servers.

Both have been pleasantly painless to set-up and use, showing how much hypervisor technology has matured and become easier to manage in recent years.

Installation a no-brainer on supported hardware

Installing Hyper-V Server 2012 was as easy as any Windows installation these days, with a graphical user interface that provides sensible set-up defaults.

An unattended installation of Hyper-V Server 2012 is also possible, albeit a somewhat more involved process that requires the creation of catalogue and answer files to automate the deployment. Again, this is very much how you’d install a version of Windows.

As a related side-note, Hyper-V is also built into the later versions of Windows Server and the 64-bit edition of Windows 8 Professional, but not enabled by default. Those operating systems also contain management consoles for Hyper-V for remote and local virtual machines, providing an easy path to try out virtualisation.

While vSphere ESXi 5.1 can be pickier with which hardware it runs on, there was a custom disk image available for the HP ProLiant servers that installed without a hitch from the Integrated Lights Out (ILO) out of band management facility.

Both vSphere ESXi 5.1 and Hyper-V Server 2012 are very lightweight with low overhead, and can be booted from USB drives and SD cards if need be. We’re running them from the server disks currently with two storage arrays attached.

Microsoft is late to the virtualisation game, and it is the underdog in a market that is heavily dominated by VMware.

For that reason, Microsoft has had to come up with compelling reasons to switch to Hyper-V Server 2012. The reason most cited is that the hypervisor component is free.

But perhaps a more important point is that Microsoft's Hyper-V is, unlike VMware's solution, not feature limited.

VMware vSphere ESXi 5.1's free version has a hard limit of 32GB of RAM installed in a server. Any more than that, and the free license key won’t be accepted.

There were no such limitations on the enterprise version of Hyper-V 2012. It has a maximum physical memory limit of four terabytes for the host, with 320 logical processors and 2,048 virtual ones.

ESXi 5.1 can also support 2,048 virtual processors per host, but maxes out at 160 logical processors per machine. In normal use, the RAM limit imposed on ESXi 5.1 is most likely to be of concern, along with the two terabyte maximum size of Virtual Machine Disk Format data storage for VMs. 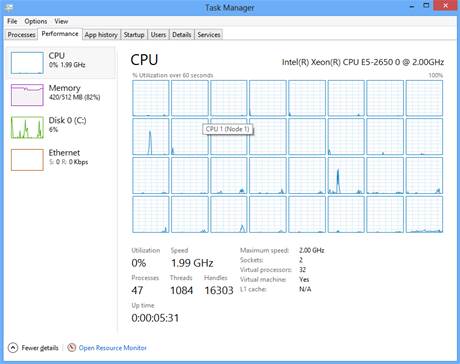 Clustering for resiliency and high-availability is also possible with Hyper-V Server 2012, with a maximum of 64 nodes and 8,000 VMs; whereas vSphere ESXi does not offer these in the free edition.

Getting more features for free is great, but for those at enterprise scale that might run the up to 1,024 virtual machines Hyper-V Server 2012 supports, the license cost for VMware vSphere products might not be such a concern in the grand scheme of things.

Working out the cost of VMware licenses is another matter. The company sells through value-added distributors in Australia that add margins for the larger solutions they sell.

In the small to medium enterprise area, there are Essentials Kits that bundles together the vSphere hypervisor and vCentre Operations Manager Foundation tool. These start at $560 for the cheapest Essentials Kit which runs on a maximum of three servers with up to two processors each, and an 8-way vCPU entitlement.

Double that price to $11,743, and VMware's Standard Acceleration Kit offers a six-processor license that can be scaled upwards with more license purchases. This adds the vSphere replication, health monitoring, Storage vMotion and Fault Tolerance features among others.

VMware got a good kicking by customers for its vRAM entitlement “vTax” licensing change in 2011 and had to back down on it. Tody, the Essentials kits comes with an unlimited vRAM entitlement, although the fact that it’s still there makes you wonder if VMware is thinking about bringing it back.

Note that as of writing, VMware released the specs for vSphere ESXi 5.5, which bumps up many of the vital stats above, hauling in Microsoft’s advantage.

Read on for more on hypervisor management and performance, and what's coming up in the next releases...