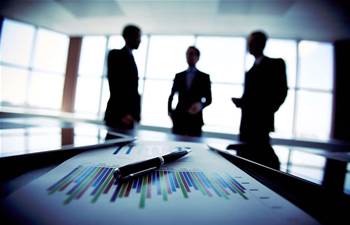 The administrators of embattled telco wholesaler ispONE were approached with three buyout bids at a higher price than the offer they ultimately accepted from Conec2 Group, but all three were knocked back.

Instead, ispONE was sold to a buyer that had been gunning for control of the business well before the company went into administration.

Telstra has submitted a claim as a creditor for $31 million, while Kogan Mobile is claiming $44 million. The two companies - which played substantial roles in ispONE’s downfall - were named its largest creditors.

Insolvency practice Ferrier Hodgson, which ispONE appointed its administrator from August 19, announced on September 9 that the profitable assets of ispONE had been acquired by Melbourne-based telecommunications provider Conec2 Group. Several parties close to the transaction confirmed the winning bid was $1.7 million.

The acquisition also includes several other obligations and contracts on top of the cash price, including staff entitlements at a cost of an extra $300,000.

Conec2 purchased ispONE’s 29 employees and 61,000 customers, as well as its fixed-line DSL, iBOSS billing platform (together with a partnership with former ispONE retail partner Aldi Mobile), and network assets. The sale also includes ispONE’s retail MVNO brands One Seniors, One Mobile and One Telecom. One Mobile is currently also under administration.

Inquiries by iTnews reveal ispONE had entered a contract of sale with Conec2 subsidiary AsiaPac Communications before it entered administration. But that contract was terminated and the sale put out to a formal acquisition process when the deal failed to win shareholder approval.

Around 29 companies then signalled their interest in purchasing the company.

That number was whittled down to five serious buyers, which iTnews can reveal as MyNetFone, iTelecom Wholesale, Vocus, Telcoinabox and Conec2.

The bids ranged from as low as $500,000, offered by Telcoinabox, to $3 million, offered by MyNetFone, while iTelecom Wholesale offered $2.3 million and Vocus put in a bid of around $2 million.

All offers were for cash, with entitlements and other payments bundled on top.

All bids were submitted by Friday 6 September. On the same day, four bidders were told they had been unsuccessful.

MyNetFone, the largest bidder, had initially offered $2 million, and late in the piece upped its offer after being told a bid of $3 million was required for it to stay in the game.

The company complied, but was informed several hours later that the administrators would no longer entertain acquisition talks with the company. There was no further explanation.

The following day, the acquisition of ispONE by Conec2 was made official, and announced to the public on Monday September 9.

Further complicating the sale, iTnews understands a security interest was granted to Conec2 over the customer base of ispONE subsidiary One Telecom in the weeks leading up to the company’s administration.

This made Conec2 a secured creditor of ispONE, and meant that any company other than Conec2 attempting to purchase ispONE would been required to obtain Conec2’s consent to have the assets transferred and the security released.

The security interest was granted as ispONE battled to find a way to deal with a Telstra threat to disconnect services if debts remained unpaid. Granting Conec2 the security helped ispONE  avoid paying a security deposit, which ultimately helped broadband customers remain connected.

Ferrier Hodgson told iTnews it selected Conec2 as the successful bidder as it represented the "best return to creditors."

"In addition it was unconditional and Conec2 could execute a sale agreement immediately, which was material as the business was suffering significant trading losses and the number of connections was falling every day," a spokesperson for the insolvency practice said.

The terms of all the bids are otherwise understood to be materially similar, but for a few exceptions.

Conec2 was also the only bidder to offer to retain ispONE managing director Zac Swindells along with all staff - the other four bidders declined to offer Swindells the guarantee of future employment.

Under the sale agreement, Swindells has been hired as a consultant for Conec2 to steer ispONE through the migration.

Swindells told iTnews his future with the company was not set in stone and both parties were currently in discussions around the terms of his employment.

"I’m assisting in the transition period for the betterment of all the employees and customers who have been loyal, some for over ten years," he said.

"It makes sense and it is prudent for the person who established the business to be on board in a capacity to offer as much assistance as they can through this trying time.

“We’re obviously very happy that the employees will be looked after. They are integral to the business, they have a great working relationship and I think moving forward the business will go ahead in leaps and bounds.”

Swindells said once the transition was complete he would study a variety of options in Australia and overseas.

ispONE creditors and potential bidders have expressed anger over the way the situation has been handled.

Several were disgruntled at how the acquisition unfolded, but many are also unwilling to push further in an already lengthy and expensive process.

One bidder, iTelecom Wholesale, recently sent a letter to ispONE’s 80 creditors informing them it did not believe the sale had been in the creditors’ best interest, iTnews can reveal.

“We are concerned about the sale process which may have denied creditors the best outcome. Of particular concern was the tight timetable, the late provision of data and the fact that material information was denied to us on the basis that it was said to be “commercial in confidence,” the letter read.

"This impacted our offer price, and presumably others. If you are as concerned about these issues, as we are, we strongly urge you to address these issues with the Administrator at the next meeting of creditors.”

iTnews understands bidders were given little time to go through the documents relating to the company’s operations. Crucial documents were also withheld, giving bidders an unclear picture of the ISP’s financial situation.

What was revealed to bidders during due diligence in the data room, however, raised eyebrows. It was a $650,000 loan granted to Swindells by the ispONE business several years ago, which was forgiven shortly before the company went into administration.

Swindells declined to comment on the matter. Ferrier Hodgson has indicated to creditors that it will investigate any transactions raised as questionable.

A Conec2 spokesperson told iTnews it had been working in Hong Kong, Sri Lanka and Singapore for several years, and saw the area as a significant opportunity. It has drawn up a three to five year growth strategy and expects the iBOSS platform will help expediate that growth.

Conec2 was established in 2002 as a business telecommunications provider. The company briefly diversified into green energy in 2008, then disbanded the operation when the Australian Government dropped the home insullation scheme.

The second creditors meeting for ispONE is scheduled to be held next week, at which resolutions are expected to be put forward to wind up what is left of the company.