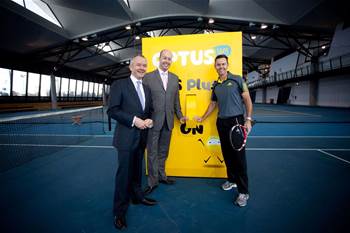 Optus has switched on its TD-LTE network in four capital cities following a trial of the technology in Canberra.

The carrier said today so-called '4G Plus' services are now available in Melbourne, Sydney, Brisbane and Adelaide, and are to be "progressively rolled out" to other metropolitan centres.

An Optus spokesperson told iTnews the carrier has "55 sites in Melbourne, Sydney, Brisbane, Adelaide and Canberra" with active TD-LTE equipment.

There are 14 base stations in Canberra, where the rollout began, the spokesperson said.

Optus also runs frequency division duplex (FDD-LTE) equipment in the 1800 MHz band. These services have been available in metropolitan areas since last year.

To take advantage of the coverage of both 4G networks, customers need a device compatible with 1800 MHz and 2300 MHz spectrum bands.

Most mobile telcos use the 1800 MHz band for FD-LTE deployments while they await the availability of the 700 MHz spectrum assets they bid for at auction earlier this year.

Optus paid $649 million in the auction for spectrum assets that will be used to expand 4G coverage across Australia.