Telstra may be tapped for NBN construction advice 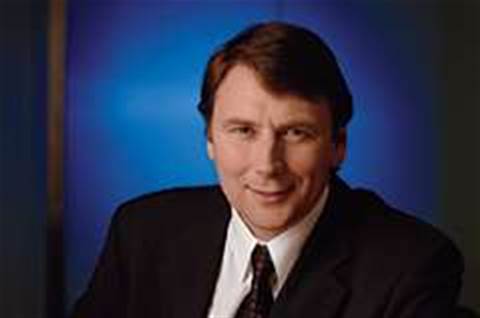 Telstra will likely be able to cash in on its network construction expertise as the federal government begins to re-shape the National Broadband Network, according to analysts.

That expertise could open new revenue streams for Telstra on top of the fees it is expected to receive for providing access to its copper network to facilitate a fibre-to-the-node (FTTN) rollout.

Telstra CEO David Thodey is already primed for a renegotiation of the terms of the incumbent's existing definitive agreements with NBN Co.

"The new Government has committed that they will seek to renegotiate our NBN agreements," Thodey said in a statement.

"We will engage constructively with the Coalition Government on how we can best help them deliver their NBN policy commitments.

"We will look to help facilitate this quickly with a view to minimise uncertainty.

Thodey said Telstra's priority was to ensure its existing commitements were met.

Thodey has already indicated Telstra is unwilling to budge on the net present value of its current arrangements with NBN Co.

Malcolm Turnbull — who is expected to be named Communications Minister when the new cabinet is announced — has previously said he does not expect to pay Telstra any extra for the copper network or to gain access to it.

"We consider it likely that the new Government will call on Telstra's extensive expertise in network construction to accelerate the rollout, and this will generate further revenue for Telstra," Kennedy said.

Renegotiating Telstra's existing agreement with NBN Co "to incorporate FTTN" is one of two key challenges for the new Coalition Government in "re-orienting" the NBN project, according to Kennedy.

The other, he said, will be restructuring NBN Co's management and strategy. Both need to be ticked off to ensure the Coalition can meet its "ambitious rollout timetable" for its version of the national broadband network, Kennedy said.

Kennedy said it was likely that NBN Co may be forced to take a step back from network construction in the near future.

"Whatever changes are made at the top [of NBN Co], a key question ... is whether the NBN Co really has the capacity to manage such a large civil works program," he said.

"NBN Co will certainly remain the NBN's wholesale operator. Its role in the construction of the network, however, is less secure."

"The world has changed since work started on the NBN in 2009," Morrow said, citing the growth of smartphones and tablets, and fixed-wireless convergence.

"NBN’s remit needs to be updated to recognise the new requirements of consumers and technology. In particular we need to examine how mobile services and coverage can benefit from the NBN."

"This will result in a more cost effective NBN that will open up even more opportunities for the digital revolution."

Telstra's David Thodey said he wanted to engage the new Government on "a number of important policy areas" aside from the NBN.

"We're also interested in engaging on telecommunications more broadly as well as innovation, regional economic development, trade and digital economy policies among others," he said.

Likewise, Vodafone's Morrow said the telco's focus "remains on ensuring that the right settings are in place to deliver a more competitive market, continued innovation and more consumer choice."

Comment was also being sought from Optus at the time of publication.