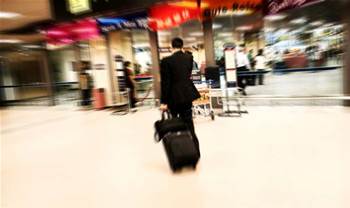 Brisbane Airport Corporation has signed a three-year hosting and colocation deal with data centre provider iseek Communications as it looks to expand its services targeted at airline passengers.

The group has two data centres and had planned to build a third for its property division BNE Property, but the business case didn't stack up.

“Once we compared the cost of building our own data centre remote from our own site to the iseek option, it was very clear our data centre would just not stack up, at least in the short term,” BAC assets general manager Krishan Tangri told iTnews.

The organisation will instead lease eight racks in iseek's Eagle Farm facility, with the ability to scale up when required. The racks are currently only 50 percent full.

Brisbane Airport is Australia’s third largest airport hub. Tangri said as the organisation had grown, so too had the data storage requirements, with both its primary and secondary data centres running out of capacity.

“Airports are getting more and more digital; you talk about self service, bag drops, the passenger is also taking more and more control of that, but also at the same time the property services around the airport are expanding as well.

“There’s more and more demand on our IT resources because the data management is becoming a huge issue and that will require more storage, more servers, more networks.”

Tangri said BAC's current storage requirements were at 170TB and growing at 20TB every six months.

Chris Smith, iseek Communication’s Northern Region general manager, said an increasing number of organisations were shifting from an “own and control” approach to their IT assets to “being much more focused on providing IT as a service for their internal customers.”.

Tangri agreed: “We are moving away from the ‘doing’ stuff to more strategic stuff. IT needs to be a business enabler, but also lead the way in innovation for digitalising the airports in future."

“How can we make the experience of a passenger more enjoyable and better controlled, how can we improve their experience, the efficiency of the airport in terms of passenger processing?

“One thing airports are realising slowly but surely is the ultimate customer is the passenger, not the airlines, and that’s where our focus is going to be," Tangri said.

Tangri said BAC was also looking beyond the airport at digital ways to reach customers. He said the group would review its data centre assets again in three year’s time.

It is also preparing to release a Chinese language version of its iPhone app, which will also be deployed for Android devices later this year.