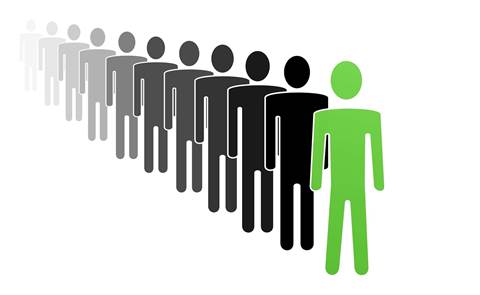 Front of the queue at Australian call centre.

Vodafone will tomorrow unveil its first mobile plans that include priority service from support staff in its Hobart call centre.

The telco announced 'Red' branded postpaid plans today, which encompass a 'Red Cares' feature that will place customers into a "priority queue" for customer service.

Customers will also be given the option of being called back without losing their place in the queue — a feature already offered by ISP iiNet.

Vodafone said in March this year (pdf) it would double its Tasmanian call centre operations to increase its ability to provide local customer service.

It is moving call centre roles from India to Australia, according to reports, but keeping some functions in India.

About 100 of an expected 750 new roles in Tasmania had been filled by the beginning of July, the Mercury newspaper reported.

Existing postpaid mobile plans do not guarantee that customer service staff will be based in Australia.

The 'Red' plans — which are due to be published online tomorrow — bring about some changes to the array of Vodafone's postpaid offerings.

A Vodafone Australia spokesperson confirmed that existing $30, $40, $50 and $60 postpaid plans that include a handset would remain unchanged.

The telco will now offer a $65-a-month product, and it will refresh the existing $80 and $100-a-month products, though there appears to be fairly little difference in the inclusions, apart from the guarantee of local customer service.

One minor change is that it appears 13 & 1800 calls on the highest $100-a-month plan will no longer be "infinite", but will instead be taken out of a monthly "included value" amount of $100.

All 'Red' plans include "unlimited" national voice calls, and text messages to Australian and international handsets.

However, there's no increase to data quotas, which stay the same as previous high-end postpaid plans, topping out at 5GB a month.