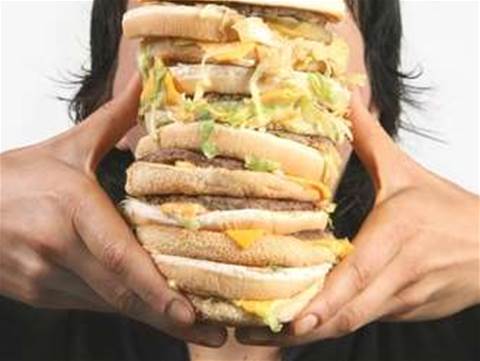 iiNet will launch an alternative ISP brand called Jiva next month that will offer unlimited ADSL2+ broadband on 200 exchanges from $79 a month.

The alternative brand strategy aims to capture a market that "wants high quality broadband that they can just set-and-forget".

CEO Michael Malone told iTnews that Jiva will run across a portion of iiNet's on-net infrastructure.

"[Jiva is available] only on the ones where we have dark fibre," he said.

"iiNet access 450 exchanges but some of them are on managed ethernet. We're trying to reduce any opportunity for congestion obviously so [Jiva's] only on 200 exchanges nationally."

iiNet will not set aside any ports on its DSLAMs specifically for Jiva sign-ups. "It'll be first come first served," Malone said.

The main constraint in the Jiva model is international capacity, but Malone said much has changed in the past few years.

"We've actually now got quite a lot of international capacity," he said.

After iiNet snapped up the consumer portion of AAPT in 2010 — an ISP that had a $99.95 a month unlimited ADSL2+ plan — Malone infamously commented that "all you end up with on unlimited are the leeches".

The addition of an unlimited ADSL2+ plan in iiNet's stable — though not under the iiNet brand itself — is a significant change of strategy, but one that is underpinned by a different set of economics than was available when Malone first made his comments about unlimited plans.

However, the economics aren't universally applicable. "If we were offering this, for instance, on an off-net customer or even an NBN customer we couldn't do [unlimited]."

Still, Malone said the big question debated internally prior to today's launch was how to avoid attracting leechers onto the Jiva network.

"I think there's cheaper options out there if all you want to do is leech," Malone said.

"What we're aiming for is not the people who just want the cheapest price per Gig, but those that are saying, 'I want to get good support, a good quality network, a brand I can trust, a normal phone line and not have to worry about the usage'."

Malone said there would be no specific fair use limitation on the amount of data a customer could use.

Path to shift to Jiva

Sign-up to Jiva will be online. Details of only one plan have been released to date, a 24-month plan with unlimited ADSL2+ data, "all local and national landline calls, and a wireless modem ... from $79 per month". Extra costs come from different call types.

Although iiNet expects some of its existing customers may want to shift across to Jiva, the transition path won't be easy for all users, particularly those with existing Naked DSL connections.

"A Naked customer will find this very difficult, for instance, because it's only available on on-net ports and you have to have an existing phone line to do it," Malone said.

Malone also said that it won't be possible for Jiva customers to "dodge" support limitations on their service by trying to ring an iiNet support line.

"The iiNet staff simply won't be able to help," Malone said, noting the ISPs will run its own separate billing systems and customer service.

It is expected that Jiva customers will require less support than customers of iiNet and its other brands, although the company will have its own dedicated support resources handpicked from existing iiNet staff.