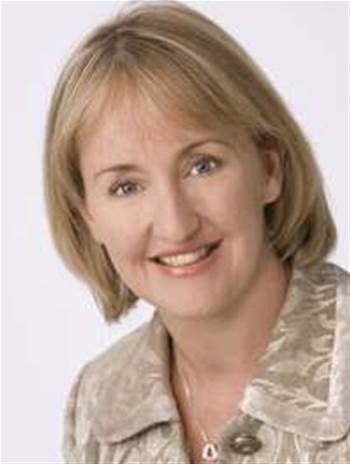 The New Zealand government is proposing to rewrite the country's telecommunications regulatory framework to allow it to set the wholesale price for access to the legacy copper network.

It is proposing to keep the access cost for copper at the same level as new fibre to the home (FTTH) broadband connections currently being deployed nationwide.

Adams' decision, while welcomed by incumbent Telecom New Zealand and its former infrastructure arm Chorus, was being sharply criticised by the opposition Labour Party and user groups as bad for consumers.

The review follows a December 2012 draft determination by telco commissioner Dr Stephen Gale that asked for a NZ$12 (A$10.63) a month cut in wholesale access pricing for the copper network operated by Chorus, which was structurally separated from Telecom New Zealand in 2011.

Gale was reviewing the wholesale charges according to amended legislation introduced by the National-led Government which required him to move to cost plus-based pricing from the previous retail minus principle.

Adams is now proposing that the Government will set the wholesale price either itself or by directing the regulator, with a cost reduction for access seekers in the NZ$2.50 to NZ$7.50 a month band instead of the NZ$12 recommended by Gale.

Chorus at the time warned that Gale's determination would slash the company's earnings by as much as 40 percent.

Prime minister John Key stepped in immediately after the determination was released and said the Government would overrule the regulator if the price was set too low.

Adams' decision was welcomed by Chorus, which intends to provide a comprehensive submission for the review, to support the development of what it says is "the right policy environment."

Chorus was awarded the majority of New Zealand's Ultra-Fast Broadband (UFB) fibre to the home project, with Government funding for the network comprised of interest-free long term loans and purchase of non-voting shares in the company.

“Telecommunications service providers like Telecom just need pricing certainty so we have a clear understanding of the costs involved, across various technologies, for providing services to our customers,” said Telecom chief executive Simon Moutter.

Opposition Labour ICT and Communications spokesperson Clare Curran slammed the decision, saying the government "has given its mates at Chorus a huge windfall."

Saying the decision sets "an incredibly bad precedent", Curran points out that the UFB rollout was a public-private partnership with Chorus which is able to renegotiate the contract as soon as conditions change.

“Even if the Commerce Commission ultimately sets the copper price, they are only allowed to do it on Amy Adams’ terms. Under the General Agrement on Trade and Tariffs, global best practice requires separation between the investor and the regulator," Curran said.

The second largest telco in New Zealand, Vodafone, appeared unimpressed with the review and called for greater aspiration.
“We need to open up a broader conversation and look at all aspects of the fibre market to ensure a strong, competitive, consumer-focused market evolves. Limiting the review to simple supply side fibre and copper costs misses the point,” Vodafone chief Russell Stanners said.

The three major telecommunications and Internet users groups in New Zealand have joined forces to oppose the decision to override the independent telco regulator and have the Government set wholesale copper access pricing, saying it's based on fundamental mistake.

InternetNZ, the Telecommunications User Association of NZ (TUANZ) and Consumer say that government is confused by a European Union approach that its discussion paper rests on, and that the directive supports the existing regulation.

According to InternetNZ chief executive Jordan Carter, the EU directive says regulators should look at the difference between a fibre to the node network access product and an entirely copper one, when estimating the cost of wholesale access service.

The NZ government's discussion document on the other hand states that using the UFB FTTH network as the reference point for comparison is "consistent with the EU approach."

"This is simply wrong," Carter commented.

“This fundamental mistake explains why the proposed approach in the discussion document is entirely wrong. It makes no sense to use fibre-to-the-home pricing to set copper prices,” Carter said.

Carter told iTnews that while InternetNZ is still studying the implications of the government intervention under the trade agreements New Zealand is party to, the decision sends out the wrong signals to investors looking for a level playing field.

Consumer chief executive Sue Chetwin asked why preserving the status quo wasn't an option presented in the discussion document, as the arguments for the Government's proposed "radical intervention in the telecommunications markets" don't stack up.

"In many ways this harkens back to the 1970s when MPs would debate the price of butter in the House, only this time there will be no debate.

"The price will be set by the executive and that's that," Brislen said.