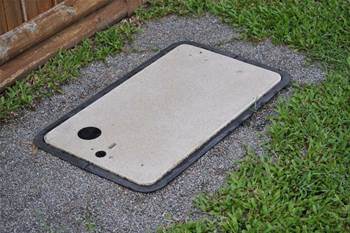 NBN Co has renewed an east coast construction contract with Silcar for a further year in a deal that is expected to be worth up to $300 million.

The network operator said today that the renewal is for 12 months and covers fibre optic cabling rollout in NSW, Queensland and the ACT.

Silcar initially landed a two-year, $380 million deal for the work. At the time, its now full-owner Thiess said that extensions could add a further $740 million to the deal value.

A Thiess spokesman told iTnews the value of today's renewal "is up to $300 million".

The Australian newspaper reported earlier today that the renewal was agreed in the hours before the Government went into caretaker mode, which would have prevented such contracts from being executed.

The paper also reported that Silcar had negotiated up to 20 percent extra in fees to cover construction costs.

The Thiess spokesman refused to confirm or deny the report, saying rates are commercial in-confidence.

An NBN Co spokesperson did not respond directly to a question of whether or not a fee increase had been accepted, though he indicated the total cost to roll out the network would remain the same.

"The bringing on of new construction contractors and the renewal of contracts with others do not alter our view of the $37.4bn capital cost of the NBN," the spokesperson said.

"They are within the parameters of the Corporate Plan. We’re signing new contracts and extending others to accelerate the ramp-up in the rollout."

Silcar's renewal comes only a day after it emerged that Downer EDI had won new portions of rollout work on the NBN project.

Downer EDI CEO Grant Fenn indicated the company had also been able to achieve a higher price for its services than firms that originally won rollout work.