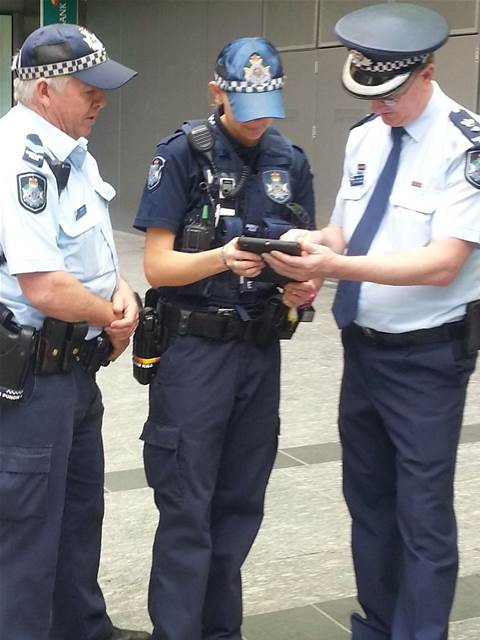 The Queensland Police force is trialling a mobile data strategy which could potentially see police officers able to access three separate databases via Apple devices while on the road.

The state's force has embarked on a three-to-six month pilot of Apple iPad minis, iPhone 5s and iPhones 4S devices with 50 officers as it prepares to submit a business case for a wider rollout to the Queensland Government in October.

QPS' internal IT team developed a mobile application that enables officers to access the three databases which otherwise would only be available back at base or accessed via a two-way radio call to personnel at the police communications centre. QPS hopes the application will cut down 30 minutes of search time per crew, per shift.

Queensland Police’s deputy commander of the business improvement unit within the ICT division, Dave Johnson, told iTnews the application uses an HTML5 client and an Apple iOS wrap but is operating system agnostic in case the police force chooses to use Android, Windows or BlackBerry devices in the future.

The application was built using the app wrapping component of a MobileIron mobile device management solution. This provides a gateway to the QPRIME (Queensland Police records information management exchange, which holds records for crimes, missing persons, crashes, sudden deaths etc), the Transport and Main Roads’ database for vehicles, registration and licenses, and the national CrimTrac database.

The police force underwent a proof of concept in January to prove it was possible to connect and secure access to the databases on the iPhone.

None of the accessed data is stored on the devices, Johnson said. Police officers enter through a private VPN not accessible on the internet, and the device and application are secured via a SIM PIN, 8-digit security number and user ID and password.

“Bicycle officers want a phone to clip to their belt, and others like the bigger form factor that the iPad Mini offers,” Johnson said.

The hardware is not as important as the form factor and software, he said.

The QPS tested the same mobile application on Android in an internal, secure environment, but will not deploy these devices in the field until the OS is approved by the DSD.

“We will have to wait until Android gets closer to the secure container.”

The QPS was given $22 million funding under the 2013-14 state budget for several new IT reforms, and to establish a business case for a full rollout of mobile devices. It will present the case to the state government in October and hopes to get thousands of devices out by next November. 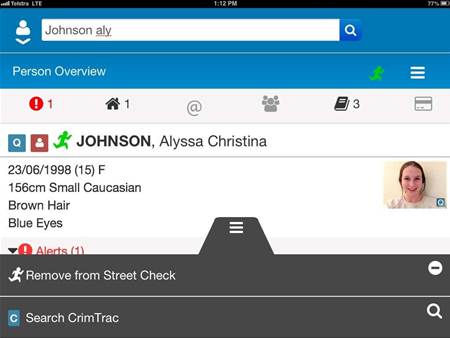 Bringing email out of the office

But over time the intent is to bring email into the same mobile app pilot and provision it onto 400 recently-purchased iPad Minis.

The email system currently runs on Exchange 2003 but will be updated once the email is moved to the mobile application.

Johnson said Good’s MDM would still be used in certain circumstances, such as for an executive who only requires email and not the mobile pilot app.