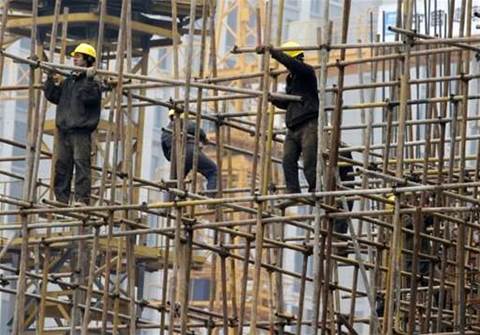 The Department of Defence is hoping other Commonwealth agencies will follow its lead as it adopts the increasingly popular Building Information Modelling (BIM) process that uses 3D models to deliver productivity during building construction and management.

Speaking at a construction innovation forum this week, Defence construction contracts director Bob Baird said BIM had been credited in some markets with delivering savings of up to 10 percent during construction and 30 percent for facilities management.

Proponents of BIM say modeling a building in detail before it is built reduces risk and wastage, and ensures valuable building data is provided during its life cycle.

"Part of my job is to use Defence’s purchasing power to drive change in the industry,” Baird said.

"When we look at the size of our [over a billion dollar] budget and I can get a 10 percent saving, that’s a significant saving for the taxpayer…So we bit the bullet and started to look at research on BIM.”

A report (pdf) presented to Government at the end of last year recommended encouraging industry-wide adoption of BIM, and argued Australia was falling well behind other developed nations in the adoption and use of integrated design and construction.

The report’s authors said clients, contractors, sub-contractors and consultants were all struggling to come to terms with the concept of BIM.

Since then, a number of government-funded projects have involved BIM, including Monash University’s recently completed manufacturing innovation headquarters and the new Royal Adelaide Hospital.

“If I can actually bring in BIM into contracts, a lot will be piggybacked on by the other Commonwealth agencies, I believe,” Baird said.

But more work needed to be done to address the massive amount of data being generated as a result of BIM, he said.

“I look to the industry to fill in that void… What happens to that data? How much of that as the property owner do I really need?

“The facilities management industry needs to tell me what data they need coming out of the model so that we can actually manage the real estate for the next 20-30 years.”

Baird said Defence was also looking to take back control of the data for Defence plant and equipment, hosting it on its own servers.

“So implementation of BIM when we build a new facility should be relatively easy because were going to get this outflow of data,” he said.

Data shifts to the cloud

As Defence weighs up the benefits of managing the data about its buildings, many other building owners are shifting building data to the cloud, according to Autodesk Asia Pacific sales director Rob Malkin.

The 3D modelling and BIM technologies vendor is expanding its work with companies adopting BIM, with Malkin predicting 50 percent of companies shifting to the cloud in the next three to five years due to the ability for data regression and simulations to be done in real-time.

In the future, buildings laden with sensors will be able to feed real-time data back into original building models, he said.

Asked about the security implications of storing such data in the cloud, Malkin said the risk decisions would come down to each individual organisation.

In May it was revealed the blueprints for ASIO’s new headquarters had been stolen by Chinese hackers.

“Individual companies will make the decision, but the fact is paper-based drawings sitting on somebody’s desk – what’s more secure, that or it sitting on a server somewhere?" he said.

"Because more often than not cloud infrastructure is actually more secure than most company’s internal servers."