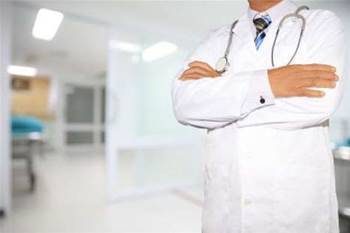 Swinburne University and The Alfred hospital are working on a military adaptation of an application that helps emergency staff make critical decisions.

Created by software engineers at the university, the support tool is used in the first 30 minutes of a trauma patient’s treatment. During a nearly three-year long trial in The Alfred’s trauma unit, the tool reduced the number of errors made by emergency staff by 21 percent.

The university is now working on a cut-down version of the Trauma Reception and Resuscitation System for use with tablet devices that could one day be used by the US military.

Kon Mouzakis, director of the information technology innovation group at Swinburne, told iTnews the university and The Alfred were currently undertaking a confidential research project with the University of Maryland and the US Office of Naval Research.

But first, the mobile version of the trauma app will be trialed in NSW CareFlight helicopters, Mouzakis said.

“They have doctors in the helicopters, so we’re working to get some feedback from those in the field and then we will make some more changes.”

Mouzakis said the interface might be changed 10 to 15 times before the mobile- enabled version of the app came to fruition.

At present, the application relies on a large screen to display patient information such as vital signs, diagnoses, and all the procedures being performed. Itactively prompts the team to take a particular action.

The mobile version will take into account smaller screens, the propensity for field workers to be wearing gloves, and how paramedics might use it.

“Once we sort out the interface for mobile, which is very much different to the interface on a large display screen, then it’s just a matter of making sure the algorithms (written by clinicians) go through,” Mouzakis said.