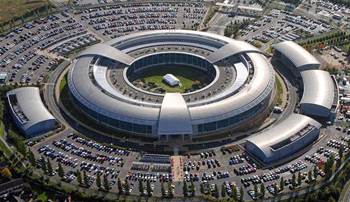 The government's Intelligence and Security Committee says the GCHQ did not circumvent UK law by using PRISM.

The comittee said it was satisfied that intelligence sought from the US conformed with GCHQ's statutory duties.

“In each case where GCHQ sought information from the US, a warrant for interception, signed by a minister, was already in place, in accordance with the legal safeguards contained in the Regulation of Investigatory Powers Act 2000.”

Its report said that the legal arrangements governing the NSA access, and the oversight and scrutiny regimes to which they are subject, are matters for the US Congress and courts.

It called the allegations that GCHQ "acted illegally by accessing communications content via the PRISM programme" to be serious.

“Stories in the media have asserted that GCHQ had access to PRISM and thereby to the content of communications in the UK without proper authorisation. It is argued that, in so doing, GCHQ circumvented UK law.

“This is a matter of very serious concern: If true, it would constitute a serious violation of the rights of UK citizens.”

It said that its investigation took detailed evidence from GCHQ including its access to the content of communications, the legal framework that governs that access and the arrangements GCHQ has with its overseas counterparts for sharing such information.

Despite concluding that GCHQ has not circumvented or attempted to circumvent UK law, it said it is proper to consider further whether the current statutory framework governing access to private communications remains adequate.

The ISC said it is examining the interaction between the Intelligence Services Act, the Human Rights Act and the Regulation of Investigatory Powers Act, and the policies and procedures that underpin them.

“The ISC is a vital part of the strong framework of democratic accountability and oversight governing the use of secret intelligence in the UK. It will continue to have the full cooperation of the government and the security and intelligence agencies.”

Got a news tip for our journalists? Share it with us anonymously here.
Copyright © SC Magazine, UK edition
Tags:
65279gchqprismsecurityuk government