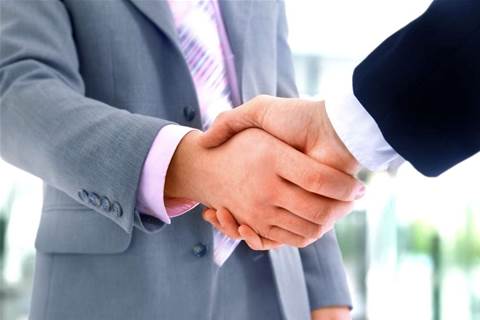 In race for wireless spectrum.

The No. 2 US carrier is offering US$15 a share in cash - an 88 percent premium to Leap's Friday close of US$7.98 - to seal the latest of a wave of acquisitions to emerge from a telecoms sector struggling to expand network capacity, as use of bandwidth-hungry smartphones and tablets explodes.

The deal's announcement comes days after Softbank's acquisition of Sprint. No. 4 US mobile operator T-Mobile USA merged in April with smaller rival MetroPCS.

While Leap was one of the last obvious acquisition targets, some analysts and investors are hoping to see another deal involving T-Mobile. Analysts say Sprint could be a keen buyer but such a combination may raise antitrust concerns.

T-Mobile is also considered satellite TV operator Dish Network's last hope if it wants to buy a nationwide wireless network for its airwaves.

And Verizon Communications has been looking to buy out the 45 percent of Verizon Wireless - the No. 1 UScarrier - now owned by Vodafone Group.

"The next wave of consolidation is beginning in wireless. This deal ... is an example of such a deal that not only helps AT&T get their hands on more spectrum, customers and revenues, but also further consolidates the industry," said independent telecoms analyst Jeff Kagan.

"Expect to see more deals with Verizon, Sprint and others."

Leap's shares more than doubled to US$17 in after-hours trade.

Under the deal, Leap cannot solicit rival bids but AT&T has the right to match rival offers that surface. Also, the companies said Leap shareholders will get the proceeds from a future sale of spectrum in Chicago that Leap bought from AT&T in 2012 for US$204 million.

Including the assumption of debt, the deal would valued at about US$4 billion. Under their agreement, AT&T gets all of Leap's stock and about 5 million subscribers for US$15 per share in cash or about US$1.2 billion. As of April 15, Leap had US$2.8 billion in debt, the companies said in a statement.

At the end the of the first quarter, US$19 billion hedge fund Paulson & Co owned 7.8 million shares or just shy of 10 percent of Leap Wireless, according to a regulatory filing.

As the No. 2 wireless provider in the United States, AT&T has been looking to grow in a mature market and has been urgently seeking access to additional wireless spectrum. It held talks to buy Leap last year.

It has been looking at opportunities to expand overseas in parts of Europe, according to sources familiar with the matter. The theory is that there is more growth left in data services in some European markets than in the United States.

On top of additional airwaves the deal will substantially increase the prepaid base at AT&T. Of its roughly 107 million wireless customers, only 7 million are prepaid. Leap has 5 million prepaid customers.

On Friday, options volume on Leap surged. Of particular interest were the upside US$9 strike calls; in after hours trading those calls were worth 70 times their initial purchased price, based on a stock price at US$16.00.

Two years ago, AT&T struck a deal to buy T-Mobile for US$39 billion, but US regulators blocked their attempt to merge.

The Justice Department is unlikely to block AT&T this time round on antitrust grounds, because Leap isn't a major operator, said an antitrust expert who declined to be named. The smaller firm has about 7 million subscribers, versus AT&T's over 100 million.

But he noted that Leap did have a reputation as a maverick, pushing down prices. "From a consumer point of view, it's probably kind of a shame. Once it's under the control of AT&T that one restraint on the market is gone," he said.

The deal is expected to close in nine months and is subject to regulatory review.

"It's Leap's only alternative. Continuing as an independent company is not a viable option for Leap at this point," said Todd Rethemeier, an analyst with Hudson Square Research.