Where to find smartphone discounts 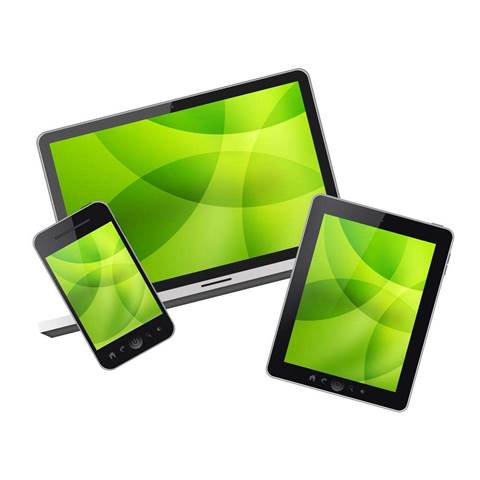 [Blog post] Does Apple or Samsung bend for a big deal?

One of the first and most important costs to pin down when putting a per-seat dollar figure on the various approaches to enterprise mobility is the cost of mobile devices.

This reflected the strong level of competition on the laptop market, the longer periods of time between releases to ship product in bulk, and the promise of deals totalling many tens of thousands of machines.

To a substantial degree, those discounts remain available on devices larger than a smartphone or a tablet (such as your standard, Intel-based laptop).

But consumer demand for tablets and smartphones - and the tendency of consumers to bring them into the workplace - has shifted the balance in the favour of (some of) the manufacturers.

While Apple offers discounts on apps purchased at volume, I failed to find a single organisation in Australia that had managed to secure a bulk discount directly from Apple for large volumes of iPads or iPhones, and Apple have kept mum on whether such discounts are on offer. I’d be very interested to hear from you if you have.

Discounts, I’m told, are available via a limited number of avenues, none of which compare to the range of options you might have in front of you buying laptops from Toshiba, HP, Dell, Acer, Lenovo and the like.

Education is a special case - buyers get a seven to eight percent discount on standard pricing when they buy over ten iPads, and can negotiate a discount on AppleCare warranties when purchasing over ten devices.

But for other corporates, resellers told iTnews they “don’t even bother asking for a special price”, even when ordering in excess of 100 units.

Even one of Australia's largest buyers didn't find the discount worthwhile:

“Whether you are buying 250 devices or 5000 devices, the way Apple reps see it, there is no reason to give you a discount. We talked about buying over 1000, Apple offer the smallest margin discount you could imagine, and talked about throwing in some AppleCare warranties. But to be frank, it wasn’t worth the trouble.”

Apple’s marketing works on a carefully-spun assumption of product scarcity. On some occasions, this effort is extreme - during product launches, the company limits the total number of devices that can be sold in a single transaction at its retail outlets.

The only reason you might bother to approach Apple directly is when you can demonstrate that you will replace an entire fleet of competing devices under the purchase. And that inquiry may as well be fielded directly to Apple's marketing department, if you catch my drift.

Look to the carriers

CIOs have more often sought and discovered discounts on smartphones and tablets in the carrier and retail channels. One was surprised to find that retailers such as JB Hi-Fi were happy to offer larger discounts than Apple stores - but its far from likely such retailers can deal at the scale Australia’s largest organisations require.

For enterprise scale, it appears your best bet is the telcos.

Telstra and Optus fight aggressively for corporate voice and data carriage contracts, and CIOs report that both offer discounts of between $50 and $200 per seat to bundle devices into the equation. One CIO told me he could get up to eight percent off Apple products via pre-negotiated bundles with telcos.

The problem with these deals is that when you bundle voice and data carriage with the device, the vagaries of the plan are just obtuse enough to mask whether you made that much of a saving. As aggressive as the carriers are when pitching for government and enterprise, there’s still room to win that $50 or $200 back over the life of the contract.

"For our BYOD program, we asked the carriers for 'with-device' and 'without-device' options for each plan," advised one CIO. "If the difference between identical plans was $30, for example, multiply that by the 24 months of the plan and you get an idea of the discount they are marking off the device under the bundled plan."

Curiously, during my research I came across a tender doc under which another large end user (Sydney University) had attempted to unbundle devices from carriage. I'm hopeful this might provide transparency as to whether the devices are offered at a genuine discount.

I’ve reached out to Apple, Samsung et al to (hopefully) get greater clarity on this matter.