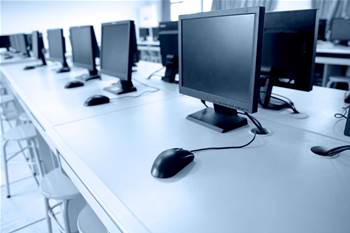 Security software vendor Symantec has sacked its Australian tech support team and outsourced the positions to India, as part of a global restructuring campaign.

Symantec announced a company-wide “organisational simplification initiative” in January, emphasising at the time it would be reducing executive and middle management positions, and reorganising its sales department.

The strategy was put into place by new Symantec chief executive officer Steve Bennett, who joined the company in 2012 after former CEO Enrique Salem was let go for poor earnings results.

“We are reducing the number of layers, and increasing spans of control for our managers to industry standard levels in an effort to increase the speed of decision making and to improve accountability and execution,” Bennett said at the time.

“We expect to eliminate between 30-40 percent of the management positions. We will have fewer, bigger jobs for our best and brightest.”

Staff were invited to a global webcast on January 24 which outlined the impending changes to the organisation. According to several sources present at the meeting, employees without direct reports were assured their jobs were safe, with only middle management and executive positions in the firing line.

But just under five months later, 35 staff in Symantec’s Australian tech support teams were visited by the company’s global head of Consumer Support and told they no longer had a job.

A number of sources told iTnews no explanation or warning was given for the mass job cull, nor was there opportunity for redeployment, which had been promised at the January 24 webcast.

“[In January] we were told a lot of heads would be cut but they gave the impression if you didn’t manage anyone you didn’t have anything to worry about, and managers should be shaking in their boots. There wasn’t ever any correction to that. We all just figured out that wasn’t the case,” one source said.

The redundancies affected the Quality Assurance, Training and Consumer Support teams. The front-facing Consumer Support team was responsible for technical support, refunds and complaints, and was the point of contact for customers who wished to speak to an Australian about a product issue.

“As of June 14th, no support exists in Australia for Australian customers,” another source said.

iTnews understands Symantec’s previous arrangement for customer support consisted of a Level 1 team based in India or the Phillippines, which was the first port of call for customers with product issues; a Level 2 team based predominantly in Sydney, and a Level 3 team in India for customer issues that couldn’t be solved from the first two levels.

“All of Level 2 is gone,” a source said. “There were about 12 agents and 2 managers, as well as the Operations team and Operations manager for the Level 1 team.

“There were 10 or 11 in the Operations team, they set the KPIs for the Level 1 team but were based in Sydney. There was about five QA and Training people in Sydney as well as one in the US, and two people on our team in the Philippines, gone.”

Symantec did not offer the affected tech support workers redeployment opportunities beyond sending them a list of vacant jobs and advising them to apply if they wanted to continue working for the company, according to sources, who told iTnews the available jobs were only in sales.

An email was then sent out internally informing still-remaining staff of the cuts and announcing the positions had been given to an Indian team.

Symantec’s Australian marketing and sales departments are understood to be next in line, with up to 36 employees asked to reapply for 12 positions.

Symantec declined to comment on the offshoring of IT support and on how many employees had been affected. It is understood 1700 workers globally will be let go under the restructuring program - just under 8 percent of the 21,500 employees Symantec reported to have as of March 29 this year.

Of that figure, around 7400 are employed in sales and marketing, 7200 in research and development, 5400 in support and services, and 1500 in management, manufacturing, and administration globally.

“Symantec is in the midst of a transformation and as part of this effort, we are engaged in a company-wide reorganisation. As a result, some positions have been identified for redundancy,” a spokesperson told iTnews.

“We are still in the process of designing the organisation and notifying impacted employees. Our re-organisational efforts are scheduled to be completed by the end of July.

“There is potential for additional adjustments and impacts as the company continues to reorganise past July but we have no additional details to share at this time.”

Symantec said in its annual Form 10-K report for FY2013, filed on May 17 this year, it expected to take charges related to the restructure of between $220 million and $250 million. As of March 29, it had only incurred $125 million in restructure costs, indicating more job losses to come.