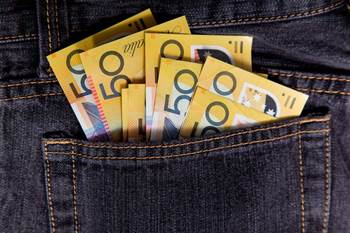 NBN Co has paid out just over $110,000 in credits to Australia’s second biggest ISP iiNet to encourage it to sign new customers onto the National Broadband Network.

iiNet has signed on around 5500 new NBN fibre customers since January when NBN Co launched its migration incentive — a $108 payment to ISPs, valid to June 30 this year, to encourage them to move customers off their own infrastructure and onto the NBN.

NBN Co recommended the payment be passed on to consumers. iiNet offered its customers a $100 credit and free BoB Lite modem.

Of the 5500 new sign-ups made by iiNet since January, only 1020 customers were eligible for the incentive.

The payment is applicable to customers in pre-determined fibre-serving areas (FSAs) and wireless-service areas (WSAs), as well as other areas nominated by NBN Co.

An iiNet spokesperson told iTnews while the incentive gave the company the opportunity to market an offer to customers, its sign-ups in “non-eligible” rollout areas were equally as strong.

iiNet recently announced it had exceeded 15,000 customers signed on to the NBN over the past two and a half years, making it the largest ISP on the NBN.

That number is split into 9000 fibre (brownfield and greenfield) users, 400 fixed wireless customers, and 6000 satellite users.

NBN Co did not respond to request for comment by the time of publication.

Exetel and Telstra Retail were approached for their take up and incentives figures. Both said they did not publicly release such numbers.