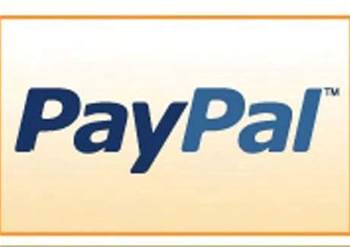 Would be first foreign company to do so.

EBay Inc's PayPal division will become the first foreign company to secure a payments licence in China, CEO John Donahoe predicted, but the e-commerce giant is taking a cautious approach to expansion in the country.

Donahoe sees "encouraging signs" from the Chinese authorities, but said it remained next-to-impossible to guess when its fast-growing PayPal unit would finally get the green light to operate in the world's second largest economy, he told the Reuters Global Technology Summit on Monday.

A payments licence would help to level the playing field for EBay in China, a huge market where foreign internet companies traditionally operate at a disadvantage to locals such as Alibaba Group Holding Ltd and Baidu Inc.

"I am confident that PayPal will be the first non-domestic company to get a payments licence in China. That could be in three months or five years," said Donahoe.

It is not clear whether PayPal will have to do this through a joint venture with a domestic company in which it owns a minority 49 percent stake, or whether it will be able to own a majority stake, Donahoe added.

"That's the multibillion dollar question for Visa, MasterCard and everyone else in payments, not only PayPal," said Gil Luria, an analyst at Wedbush Securities. "I don't think there is anybody who is not Chinese who knows the answer."

China formally opened to international business just over a decade ago when it joined the World Trade Organization. The financial and retail industries remain largely dominated by domestic companies such as Bank of China and Alibaba.

"The evidence would suggest that a non-Chinese company is at a disadvantage. We have chosen not to compete aggressively," Donahoe said at the summit, held at the Reuters office in San Francisco.

But "over time you'll see the Chinese domestic economy try to connect with the global one."

EBay launched in China about a decade ago, aiming to match buyers and sellers online as it successfully did in the United States and Europe. However, the company pulled out in late 2006 after spending heavily on the effort.

Late last year, eBay dipped its toe back into China, through a partnership with online fashion retailer Xiu.com.

Donahoe said eBay was working closely with foreign governments to combat online fraud and crime, especially money-laundering. About a quarter of PayPal transactions are cross-border. While eBay has not experienced state-sponsored attacks itself, it has noticed a marked increase in such cyberattacks, generally, in the past 12-to-24 months, he added.

EBay has been a favorite target of cyberattackers and fraudsters for years, by dint of its size and the billions of dollars that flow through its website and PayPal annually, Donahoe said. While the CEO said he had not noticed a significant uptick in attacks on its own network, eBay had been ratcheting up spending in proportion to its growth in past years and now employed thousands of people to manage risk and fraud across its systems.

On the recent debate about the extent to which the US government conducts surveillance within its own borders, Donahoe said eBay had never been asked to participate in a broad information-gathering exercise. But he said it complied with legitimate requests for data on a case-by-case basis.

Donahoe personally welcomed the debate that has arisen since news first broke that the National Security Agency is scooping up vast amounts of information about personal communications from a broad swath of Internet companies.

"It's appropriate for us to have a bit of a national dialogue and debate on privacy and on cybersecurity. And just so that what sometimes goes unspoken gets spoken," he said.

"We're trying to make sure that all of our privacy policies and how we comply stand up to the spotlight. As the digital world becomes more of our everyday lives, there will be more opportunity and need for more of a dialogue."