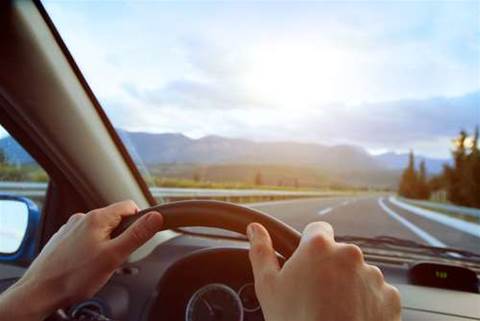 Can Wi-Fi cut it?

A key challenge when considering the potential of Wi-Fi as a small cell technology is whether it can deliver the type of performance necessary to interoperate with a network of LTE and 3G assets.

"I think there's a reticence to go down the Wi-Fi path," Coughlan said.

"The issue with Wi-Fi is it's unmanaged, unlicensed spectrum, and in areas of high demand, and if you get lots of these hetnets, and you get lots of other private Wi-Fi networks, then the noise floor's going to come up and your throughput on Wi-Fi is just going to decrease.

"That's been a perennial issue generally with Wi-Fi. It can't be relied on.

Torres and Smathers both acknowledge the inherent issues with Wi-Fi, though they say their respective traffic steering systems are designed to alleviate some of the doubts around control of the customer experience.

"[Our technology] looks at trying to understand what the customer experience is, and you can dynamically manage the traffic," Smathers said.

"So if a Wi-Fi cell looks quite heavily loaded you can prevent your customers from using it and keep them on the 3GPP environment."

Deciding to steer users from a cellular to Wi-Fi environment could be application, load or quality-of-service classification-specific, according to Smathers. These rules would be set up by the operator in the base station controller hardware/software.

"If, on the other hand, they'll have a better customer experience in Wi-Fi then the real time traffic steering feature will be able to steer the users to the Wi-Fi.

"The beauty of this is it's done on a user-by-user basis, so you and I can be in the same room but you are on LTE and I am on Wi-Fi because that's what is best for us.

"The only way to achieve this is with deep integration at the core level between all the mobile technologies."

Torres believes driving intelligence deep into the network is the key.

He cites the example of where smartphone users presently set up their phones to switch from cellular to Wi-Fi networks when at home, but that switch occurs whether or not it results in a better end-user experience.

"We have left too much decision power to the phone, whereas the network is the one that should be making those decisions," he said.

"Real time traffic steering is going to allow the network to make the decision to see what is best for the customer — being Wi-Fi, 3G or 4G."

One of the biggest potential roadblocks to local adoption of mixed Wi-Fi-cellular networks is that carriers aren't exactly short of mobile spectrum assets.

Moving into carrier-grade Wi-Fi is likely to be most attractive to carriers that don't have the spectral assets to otherwise address capacity shortfalls and data growth challenges.

"At the moment the preference is to try and stay with 3GPP type technologies," Smathers said.

"Why not put in a femtocell or picocell base station if you have the spectrum to do so?"

Coughlan believes Wi-Fi could be attractive in the short- to mid-term if such capabilities can be turned on at very little or no extra cost to the carrier.

"The small cells that will be utilised in HetNets will likely support 802.11n and 802.11ac, so adding Wi-Fi as an additional air-interface will be minor, if any, capital cost," he said.

"I think if that's the case and you've got the backend core network that can manage the handoff between Wi-Fi and the LTE network in such a way that end users don't perceive there's any difference, why wouldn't you do that?"

Comment was also sought from an Alcatel-Lucent spokesperson but a response was not received by the time of publication.