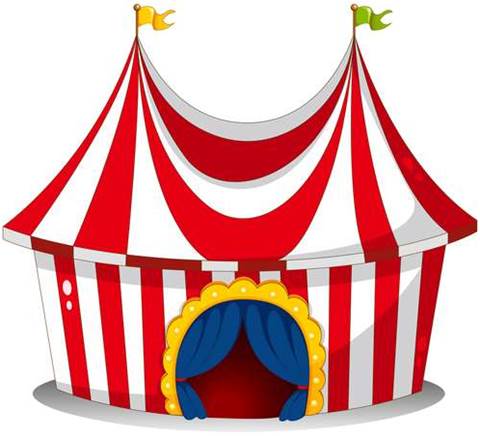 Who's who, antagonism and a circus trip.

Though NBN Co used the opportunity to supply more recent rollout and take-up figures, very little was said of them, aside from a few brief lines of questioning from the Labor Senators in attendance.

The take-up rates are an order of magnitude above those released in April (a full rundown can be seen here), while the latest rollout statistics are in line with iTnews' calculations for NBN Co's tracking to its June targets.

Perhaps unsurprisingly, the issue of asbestos dominated proceedings, as it has done much of the week. But it was supposed leadership friction and NBN Co's finances that continued to ruffle feathers.

Here are five take-outs from last night's Estimates, provided in no particular order:

As expected, the issue of asbestos removal from ageing Telstra infrastructure dominated much of last night's proceedings.

Among the spectrum of issues raised was the long-term financial exposure that NBN Co and the Commonwealth could inherit from the fiasco, which has seen residents and possibly workers exposed to the material.

Communications union CEPU had, earlier in the day, called on Telstra "to set up a James Hardie-style fund to pay for the care and treatment of future asbestos disease victims caused by poor asbestos management on the NBN project."

Quizzed on whether steps are being taken to obtain legal advice on potential liabilities, Quigley indicated it hadn't been a priority "at this point".

"What I've been putting a priority on is making sure we take the steps necessary to ensure our contractors are not exposing either their workers, their subcontractors or the general public," Quigley said.

"To be honest I haven't looked at legal liability as the first priority."

Telstra's suspension of all pit-and-pipe remediation work while an emergency audit and re-training regime is carried out raised questions over the impact this stop-work might have on NBN Co's rollout schedule.

Very little, according to Quigley. "I don't frankly expect it to have a big impact because it's some months ahead of the build."

The Communications Minister backed NBN Co. "If you're hoping it will impact on the June 30 figures or September figures, I doubt it. So sorry to break your heart."

3. Stephen Conroy is not Mike Quigley

The first fire of the night came from a line of questioning over alleged ructions in the NBN executive.

It started out innocently enough with a question from Liberal Senator Simon Birmingham over the recent chair change to NBN Co's board — and specifically the relationship between the new chair Siobhan McKenna and NBN Co's CEO Mike Quigley.

The Communications Minister moved quickly to cut it off. It was all downhill from there.

Conroy: In terms of the ongoing operational relationship, the uh ... the relationship is positive and continues to be constructive.

Birmingham: You won't let Mr Quigley speak for himself on this?

Conroy: That's exactly what you did, Senator Birmingham.

Birmingham: I'm asking him to comment on whether there's been any change to the work practices between...

Conroy: The chair is the chair and the CEO is the CEO. And there is a strong and positive working relationship.

What followed was 23 minutes of haranguing as Conroy repeatedly took Senator Birmingham's questions and placed them on notice.

Birmingham: Mr Quigley, have you changed the way you present information to the board since the change of chair?

Conroy: What the board requires of Mr Quigley—

The trend continued as Senator Birmingham sought answers on whether Quigley had been subject to a "performance review" since McKenna's appointment.

Conroy: I'll take that on notice. I would expect all executives at NBN Co to go through performance reviews.

Conroy: Excuse me, nah nah so you don't get to ask Mr Quigley about performance reviews. That's ridiculous.

As to whether one has happened since Ms McKenna took over I'll take that on notice.

Birmingham: Minister, you could turn to your right and ask Mr Quigley and he would give you an answer. And he could answer it instantly. Theres no need for you to take this question on notice.

Conroy: I have taken it on notice.

Birmingham: What's your reason for taking the question on notice?

Conroy: Because I want to get an accurate response from Ms McKenna

Birmingham: You don't think Mr Quigley would give you an accurate response?

Conroy - He may not or may have had one [performance review].

Birmingham: He would know!

Conroy: But I will get you an accurate answer Senator Birmingham.

Birmingham: Mr Quigley could give you an accurate answer.

Conroy: And I will give you an accurate answer.

If the Coalition had hoped to expose any fracture in the relationship between McKenna and Quigley, Conroy did his best to put the issue to rest.

"I will give you a guarantee that Mr Quigley, Ms McKenna and the Board have my full support," Conroy said.

"Mr Quigley has my full confidence as does Ms McKenna, as does the Board. Could I be any clearer or succinct?"

Conroy said he had weekly meetings with NBN Co executives, but leadership wasn't a topic that came up.

"I can give a guarantee that my meetings discuss the ongoing meeting with the statement of expectations the government as shareholder has given to the NBN Board and management," he said.

After a period of relatively sober chatter on wireless and satellite portions of the network, the topic turned to NBN Co's finances - it's revenues, expenses, "cash and equivalents on hand", courtesy of Senator Barnaby Joyce.

It didn't take long for an earlier stoush with the Communications Minister to develop into something more.

Joyce's words for Conroy after a fresh round of interjections picked up plenty of Twitter attention.