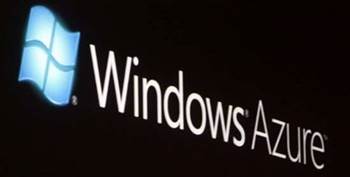 Microsoft is bringing its Azure cloud computing platform to Australia, with two sub-regions in New South Wales and Victoria being planned.

The announcement was made by Microsoft partner strategy and programmes director Toby Bowers this morning but he provided no exact date for service availability.

According to Bowers, both platform and infrastructure services such as virtual machines and networking will be available from the Aussie Azure regions.

Until now, Australian Azure customers were hosted in data centres in Singapore and Hong Kong, leading to sub-optimal performance due to latency over long network links.

The geo-replication of data will also provide flexibility for customers who have specific compliance and data sovereignty concerns, Hollander said.

Bower promised "unmatched price performance" and a comprehensive approach to hybrid cloud with connections to customer and service provider data centres within the Australian Azure regions. He said teams from Microsoft would be available to migrate apps and databases to the cloud when the offerings were fully operational.