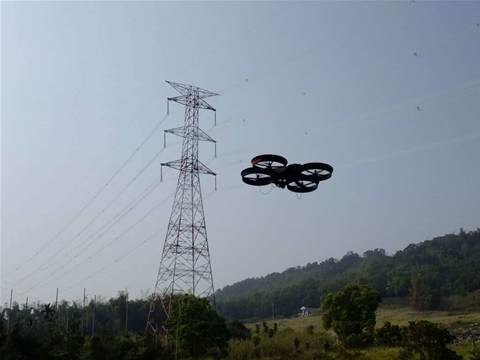 Put to quick use.

Melbourne's Metropolitan Fire Brigade is using one of its drones to survey a truck hanging precariously from a freeway in the city's north.

A spokeswoman for the Brigade confirmed one of the Brigade's CyberQuads, an Australian-made vertical take-off and land (VTOL) unmanned aerial vehicle, was being put to use. 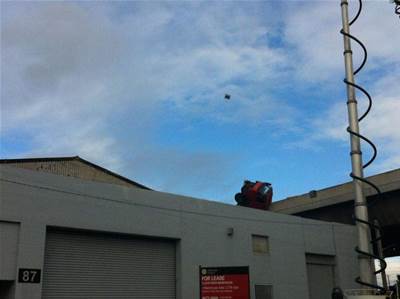 Meanwhile, an ABC News cadet, Dan Conifer, captured images of the ground equipment where images from the drone were being transmitted. 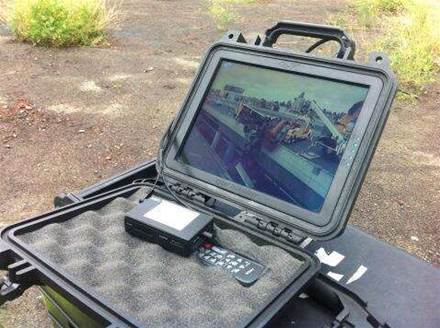 The truck driver was ejected from the cabin, falling some 20 metres to a roadway below. He is listed as being in a critical condition.

Other vehicles are also said to have been involved in the accident.

The incident continues to cause significant traffic problems as the road remains closed. Work is being undertaken to secure the vehicle, while engineers are checking the structural integrity of the roadway.

The drones were purchased by the Brigade in January 2011.

CyberQuad drones are also known to be used by electricity companies to inspect power infrastructure, and by resources firms to inspect the damage to a drill rig caused by fire.