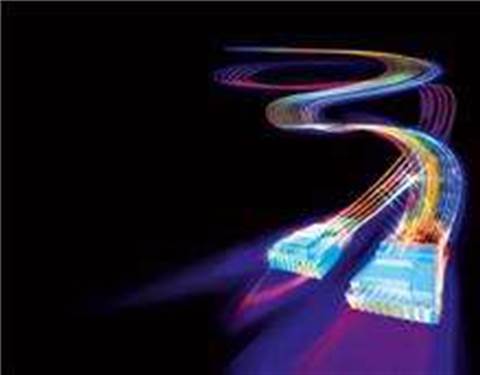 Over two-thirds of all households in the UK had access to "superfast broadband" last year, a new report by Britain's telecommunications regulator Ofcom suggests.

In the report [PDF], Ofcom defines superfast broadband as faster than 30 megabits per second download speeds, but doesn't set out upload rates.

Superfast broadband is most commonly delivered at least partially over optical fibre, Ofcom said, in the form of fibre to the cabinet, fibre to the premises or HFC cable. 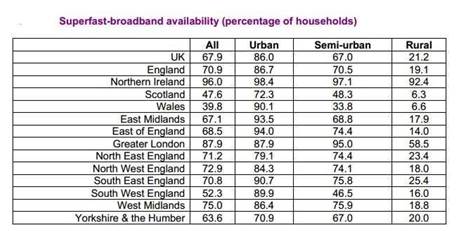 Leaving broadband delivery to private interests and the market will not achieve the desired coverage due to the high initial fixed costs of broadband deployment and government intervention is required, the report said, using Northern Ireland as an example.

There, the Department of Enterprise, Trade and Investment (DETI) intervened and as a result, Northern Ireland has 95 per cent superfast broadband coverage. Without the intervention, DETI estimates that only fifty to sixty per cent of businesses in Northern Ireland would have access to next generation broadband.

The £830 million (A$1.29 billion) BDUK programme aims to ensure ninety per cent of UK urban and rural households have access superfast broadband and universal availability of at least 2 Mbps broadband by 2015.

While the UK government believes that "high capacity fibre optic is likely to be a key feature of the national network" a mixed technology approach will be used, with satellite and wireless access featuring in the BDUK programme as well.

The report noted that in the first quarter of last year, 80 per cent of UK households had home internet access through fixed or wireless broadband, an increase of three per cent compared to 2011.

However, an estimated 1.24 million households in the UK can't receive standard or 2Mbps broadband. Most of these are in rural and semi-urban areas as is the majority of over 8.5 milllion households that won't be able to get superfast broadband, Ofcom said.