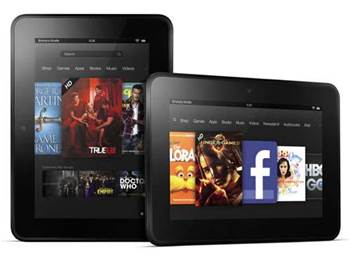 Amazon also launched its own digital currency, Amazon Coins, on Monday, allowing people to buy apps and games in its app store and on its Kindle Fire tablet computers.

The purchase price for Liquavista was not disclosed. Bloomberg News reported earlier this year that Samsung was seeking less than US$100 million for the business. Samsung bought the Netherlands-based company in early 2011 for an undisclosed sum. A Samsung spokeswoman did not respond to requests for comment on Monday.

Amazon is the leading e-reader company and has a range of Kindle Fire tablets that compete with Apple Inc's dominant iPad and similar gadgets from Google Inc and Samsung.

Amazon is also testing and developing other gadgets, such as smartphones and an internet-based set-top TV box, according to recent reports in The Wall Street Journal and Bloomberg Businessweek.

Liquavista focuses on a technology called electrowetting, which it says makes displays clearer in all lighting conditions and can show video without using much power.

The technology can be used in mobile gadgets such as e-readers, smart phones, GPS devices, portable media players and cameras. Over the long term, electrowetting can be used in larger display products such as laptops and TVs, Liquavista said on its website.

The new Amazon currency - one Amazon Coin is worth 1 cent - can be used to buy apps and games and for in-app purchases, for instance when someone is playing a game and wants to upgrade to a new level quickly.

Amazon put 500 Amazon Coins, worth US$5, into the accounts of all Kindle Fire owners on Monday.