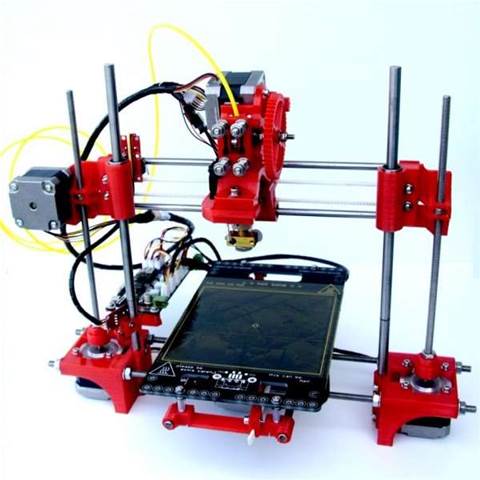 The world's first 3D printable gun has triggered a quick response from US authorities, which took action against the creator of the plastic weapon that is easy to make and hard to detect by metal scanners.

Texas law student Cody Wilson designed the Liberator gun, printed it out, test fired it and made the digital blueprints for it available for free via his company Defense Distributed.

He is now being investigated by authorities for arms trafficking, according to media reports.

Wilson's website carries a banner stating that "DEFCAD files are being removed from public access at the request of the US Department of Defense Trade Controls. Until further notice, the United States government claims control of the information."

On Wilson's Tumblr site, Wilson said that he has been criticised over how quickly he responded to the official request to remove files and participated in the regulatory process.

"DD has maintained counsel for many months, and it happens that my strategy is not to just have DEFCAD seized and DD sued out of existence. No, as ever, I think DD/DEFCAD can win.

"The Liberator was a victory. DEFCAD serving near a million files is a victory.

"Letting the State Department get that global spotlight was a victory," Wilson writes.

The US authorities are seeking the data files not just for the Liberator, but also other ones described as a .22 electric, a 125mm BK-14M high-explosive anti-tank warhead, a 5.56/.223 muzzle brake and more.

Kim Dotcom's Mega site hosted the CAD files made available last Thursday Australian time and which were downloaded over a 100,000 times from there.

Dotcom however got cold feet over the hosting and expressed his concerns with the new technology on Twitter over the weekend, saying it's a bad idea to use it to print guns.

I don't think it's a good idea to print guns. I think the world would be a better place without guns. #Peace

The files have now been removed, with Dotcom issuing a media statement on the issue, saying:

“I think it’s a serious threat to the security of the community. I think it’s scary that people can print 3D guns that can’t even be detected by metal detectors. This should concern everybody."

Meanwhile in California, Democratic senator Leland Yee is calling for guns manufactured with 3D printers to be regulated so that they can be tracked. Speaking to TV station CBS, Yee's proposal would include background checks, and tracking through serial numbers.

Closer to home, New Zealand customs minister Maurice Williamson said last month that he is "extremely worried" about the effect of 3D printers on border security.

Williamson told Radio NZ that people will be able to use such printers to make drugs and weapons.

"If people could print off ... sheets of Ecstasy tablets at the party they're at at that time, that just completely takes away our border protection role in its known sense," Williamson said.

The minister has asked his officials to consider 3D printers and provide advice on them in context of the country's border security.