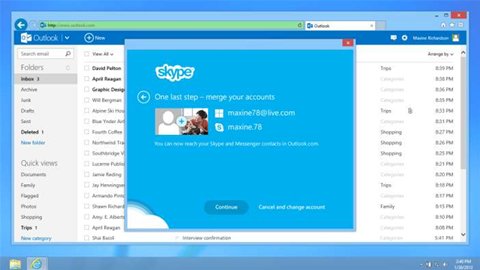 Released in limited countries only.

Microsoft has unveiled the long-expected capability for Skype to run in a browser, by building it into the Outlook.com email service.

Both video and audio calls are supported.

A browser plug-in for Internet Explorer, Google Chrome or Mozilla Firefox is required and users will have to merge their Skype and Microsoft accounts for the Outlook.com integration to work.

Microsoft, which bought Skype in 2011, has been trailing Google and other providers with the ability to make audio and video calls through browsers.

The free Hangouts service in the Google+ social network allows users to hold group video conferences and Google's GChat feature for its Gmail can also do video and audio calls.