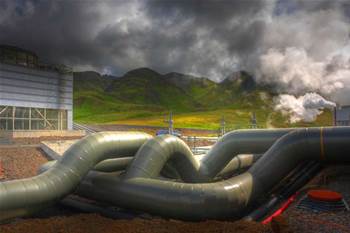 The project was conceived in mid-2011 and kicked off last year with a total of $5 million in funding, including $1.9 million from the Federal Government.

The second portion of the project, which commenced this year, will see NICTA use the compiled data to generate models and test them against real-world results from the Cooper Basin, between South Australia and Queensland.

Researcher Marie Connett told iTnews that researchers were so far able to estimate subsurface density and magnetic susceptibility of areas.

“[That] is a critical first step in locating deep granite bodies that may be blanketing heat sources, which are candidates for drilling,” she explained.

“This program is an excellent opportunity for HRL to have high-quality researchers, working on state-of-the-art computer processing of large multi-variant databases, to assist us in better defining the best targets in our Otway Basin geothermal reservoirs,” executive chairman Mark Elliott said at the time.

“This is part of HRL’s new Otway Basin strategy of undertaking further work to reduce exploration risk, to identify the best drilling targets and to enhance the opportunity of attracting government and private funding for drilling programs to potentially lead to early discoveries.”

Connett said NICTA was also in discussions with other companies interested in joining the effort.

While industry partners have so far contributed no funds to the project, she said the data they provided would have cost millions of dollars to obtain.

“Australia has enormous reserves of geothermal energy; it has been estimated that only one percent of the reserves could supply our energy needs for 26,000 years,” she said.

“[It’s] much more promising as a sustainable energy source than coal or gas, but it’s more expensive to find and the sector is struggling because of the size of the investment needed, which is a significant barrier.”

“As additional companies and states join the effort, the whole amount of data and the models generated become more and more useful.”