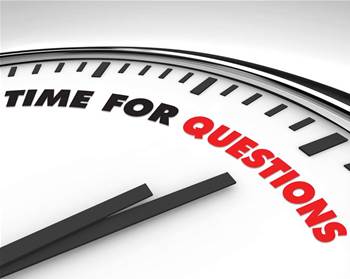 NBN-Lite will still need to be heavy on negotiation.

Shadow Communications Malcolm Turnbull summed up the dilemma the Coalition faces in developing its broadband policy yesterday when he told a well-known Irish joke that ends with “I wouldn’t start from here”.

Turnbull was attempting to suggest that the current state of NBN Co is in a mess. What the release of the Coalition's $29.5 billion broadband policy acknowledges, in reality, is that the NBN is too far advanced to roll back entirely, and too well-liked by the electorate to scale back significantly.

As a result, the Opposition will now go to the election with a broadband plan that is costed at $11 billion cheaper than that of the ruling Government. And while that gap is significant, it is not as big as Tony Abbott might have hoped.

That’s why Malcolm Turnbull has made the outlandish claim that the real cost of Labor’s NBN is likely to be $90 billion. Turnbull can't back that figure with any data, and when pressed on costs, tends to shift his focus to speed of delivery, arguing his plan will be delivered within six years.

Cutting the delivery time in half is the substitute Australians get for the failure of the Coalition to cut the cost in half, but to do so successfully will require more than just a basic policy shift to fibre to the node.

While much of the upfront cost savings will come from avoiding the labour-intensive last mile of connecting fibre to the home, many of the Coalition’s assumptions about other key parts of the network remain subject to negotiation.

How do you solve the Greenfields dilemma?

For example, more than half of the 22 percent of households that will still get fibre to their front door under the Coalition’s plan are greenfields (new homes) premises.

The Coalition, if elected, plans to offer incentives to private builders and operators of fibre networks in new estates that reflect any net cost savings that their investment generates for NBN Co.

To gain these incentives, the operators must make the networks available to access seekers on non-discriminatory terms at wholesale prices no higher than NBN Co’s wholesale price.

There was no acknowledgement in the Coalition plan that one of the most challenging aspects of the rollout today has been in new housing estates, as confirmed by NBN Co.

In the absence of a fibre exchange to connect to, telecommunications analyst Paul Budde has noted that some builders are illegally rolling out copper to new housing developments.

The Coalition claims it will prioritise the rollout according to the quality and availability of broadband in all areas of Australia. Will the Coalition need to prioritise the fibre exchanges its plan requires into Greenfield’s sites?

Will Telstra and Optus play fair?

The Coalition will also need to go back to the negotiating table on use of existing HFC networks owned by Telstra and Optus. These negotiations could take months, with a question mark over how successful they are likely to be. Will Optus reconsider its planned dismantling of its HFC network, scheduled to commence in 2014?

What about maintenance costs?

Turnbull says that even if you assume the country will eventually upgrade to fibre to the premise in five years, it still makes sense not to do it now. The Coalition has estimated a cost of $900 to pass each premise with fibre to the node, compared with the $3,600 it estimates for fibre to the premise.

It’s an argument that makes financial sense in the short term, but what of the ongoing maintenance costs?

Turnbull agrees fibre is cheaper to maintain, but says it “doesn’t move the dial” when you factor in the big capital costs of fibre to the premise.

Longer term this may not hold true, especially when you consider advice given by the Australian Competition and Consumer Commission which has cited ongoing cost savings of $110 per subscriber per yeat under a FTTP scenario.

The ACCC also argued the cabinets required for a FTTN deployment are network specific, and could not be reused in a fibre to the home network. That is well out of step with Turnbull’s argument that the Coalition’s policy is future proofed for FTTP rollouts.

The Coalition's policy is well advanced on what it delivered to voters prior to the 2010 election, but question marks remain over whether it could deliver a network any more successfully than the current Government.