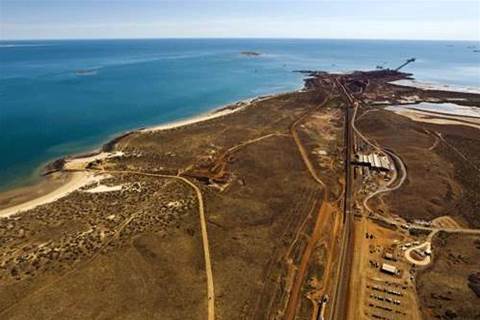 At odds over sharing 1800 MHz band in remote Australia.

BHP Billiton and Rio Tinto are at odds on how to enable mobile services to co-exist with microwave point-to-point links in regional and remote Australia.

The mine giants have both filed submissions with the Australian Communications and Media Authority (ACMA) in a consultation process that has been running since April 2012.

The mining industry is keen to access the 1800 MHz band to deploy networks for applications such as automated systems. Mobile telcos, rail operators and energy firms are also keen for a slice of the same bandwidth.

The ACMA wants to make sure none of the parties miss out and that valuable 1800 MHz assets "allocate spectrum to its highest value use" in the short- and long-term.

In the short-term, it proposes to issue public telecommunications service (PTS) apparatus licenses in the 1800 MHz band "as soon as practicable in 2013". (pdf)

Apparatus licenses generally run for up to five years and can be used to deliver "an approved service" in a set location, using devices with "specified output characteristics".

They differ from standard spectrum licenses, in they are licensed for a specific use by specific devices.

Microwave links in the 1800 MHz band currently operate under a different type of apparatus license to the one being proposed, which would allow for location-based deployments of mobile voice and data networks.

BHP Billiton has four percent of the 700 existing apparatus licenses used for microwave links in the 1800 MHz band, the largest share of any of the mining companies.

"These links provide vital communications services for the management and signalling of the rail. It is a critical service for BHPBIO and any impact to these services poses a risk to safety and causes material delays to processing of ore."

Rival Rio Tinto says in its submission only that it is a "holder of point to point licenses in the 1800 MHz spectrum". (pdf)

Though the ACMA indicated there is "great opportunity for PTS and fixed link services to share the 1800 MHz band", a key challenge is how mobile services can co-exist with the microwave links already in the band.

The ACMA proposed three options: maintain the status quo; downgrade the status afforded to microwave links within Australia's radiofrequency rules; or forcibly clear 1800 MHz of all fixed-link services to make way for mobile.

Clearing the band was palatable to neither BHP Billiton nor Rio Tinto.

BHP Billiton said maintaining the status quo on microwave links in remote areas "will permit existing operations to continue while still opening up the spectrum to prospective licensees for services relevant in those areas".

"Changing the status of fixed links services ... would not provide the guarantee required to deliver operational rail services for BHPBIO," it said.

"This could create a situation where, due to interference between a new PTS service and a single link or hop in the rail backbone telecommunications system, the rail operator has to either change one hop in the rail telecommunications backbone (which may impact interoperability of the whole backbone or create an unstable service) or incur very large costs to deploy an alternate solution for the whole backbone."

Rio Tinto, by contrast, submitted that backing the status quo would "result in a low uptake" of the licenses for mobile voice and data networks.

"Most prospective PTS licensees would not be able to coordinate new services in the areas they require, due to the proximity of existing point to point links," the mining company said in its submission.

"This arrangement would protect the existing technologies and will only allow new technologies to operate in areas where point to point links do not exist within the coordination radius.

"It may be possible to contact and negotiate with the incumbent licence holders to migrate their services; however historically this has not been particularly successful and does not provide surety of spectrum access for new PTS services."

The ACMA said this option meant microwave link operators would have to coordinate with prospective mobile licensees.

"If the two services could not be successfully coordinated, the fixed service could be required to adjust or cease its operation so it did not interfere with the PTS service," the authority noted.

"This approach would not inhibit the rollout of PTS services in the band. It would allow fixed links to continue operating in areas in which PTS is not deployed."

Rio Tinto indicated it was willing to migrate existing microwave links to other bands in future, if doing so meant freeing up bandwidth for PTS licensing.

"[We] would be willing to surrender these licenses and migrate the existing microwave equipment to different bands over a period of time to help free the spectrum for PTS technologies," it said.

Unsurprisingly, all miners advocated being able to get their hands on as much 1800 MHz spectrum as possible.

All favoured some form of "priority" system to ensure all prospective 1800 MHz owners could get a slice and wanted to ensure that Telstra, Optus and VHA weren't given priority over too large a chunk of the band.

BHP Billiton sought a further option to be able to take priority bandwidth from mobile telcos. It urged implementation of "a 'use it or lose it' licence condition, permitting others to obtain the spectrum if the carrier does not deploy infrastructure within a period of time.

"The possibility of all three carriers providing mobile services in BHPBIO's mining locations is very slim," the firm said.

"The remoteness of BHPBIO's operations has historically shown that only Telstra has any interest in providing mobile services in these locations", it added, meaning 1800 MHz allocations shouldn't' be left indefinitely open for the other two carriers.