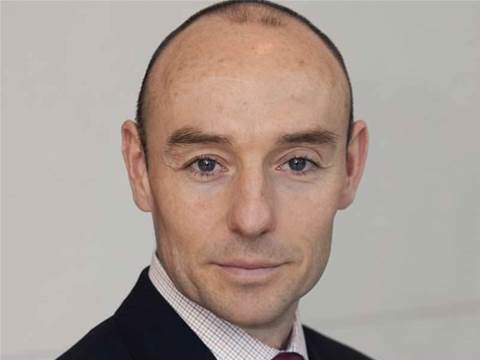 Zurich Australia has recruited 40 Malaysia-based IT workers to its Australian technology team in a bid to boost its development capacity at reduced cost.

The team was established late last year, in the wake of Zurich’s June acquisition of Malaysian Assurance Alliance Berhad, which has since been rebranded as Zurich Malaysia.

Staff work beside Zurich Malaysia’s 100-person IT department but as members of the 140-person Australian team, with thin clients served from a Sydney data centre.

Zurich Australia chief information officer Scott Watters described the arrangement as one that came with cost benefits of offshoring as well as cultural benefits of an in-house team.

“We always have challenges in trying to get the amount of change we want for the dollar we spend … hence I have a team in Malaysia now that we can leverage,” he told iTnews on the sidelines of the CIO Strategy Summit in Melbourne yesterday.

“It comes down to the fact that I can put 40 people there for the cost of probably 10 or 15 in Australia. They log in as if they are sitting at a desk in Sydney but the cost of my facilities and resources are a lot cheaper.”

Australian banks have come under fire for sending roles offshore, with the Finance Sector Union arguing last October: “Organisations that derive their profits from the Australian community should demonstrate real corporate and social responsibility by investing back into the community.” (pdf)

The union fingered the ANZ Group in particular for sending more than 3000 jobs – including non-IT roles – overseas since 2007.

ANZ CIO Anne Weatherston told iTnews in November that it had 4000 IT workers in Australia, 800 in New Zealand, 2000 in India, and was in the process of establishing a centre in Chengdu, China.

“The main reason we did it was for capacity enhancement,” Watters said. “It wasn’t a replacement; it was to actually put in more resource capacity.

“I still believe it makes sense to keep the more highly skilled IT staff in Sydney because they’re doing the more significant changes at this time.

“They then hand over, once things are finished, to that BAU team in Malaysia to then support and maintain it going forward.”

While based in Kuala Lumpur, Zurich Australia’s Malaysian staff access its Australian data and desktop environment through thin clients served from a virtualised, Australian data centre.

“They log in as if they were logging in from home and they get their virtual desktop which just sits in our data centre in St Leonards [in Sydney],” Watters explained.

“It means that we can give them access to all our tools, all our technology a lot more easily than trying to support desktops in Malaysia, and data doesn’t get moved overseas.”

Last May, iTnews reported that Zurich had issued some 1200 thin client devices to its staff in Australia and New Zealand ahead of a wider Asia Pacific push.

Watters said this week that the rollout had yet to reach its North Sydney headquarters, with only 700 of the 1200 target devices deployed to date.

“We see tremendous value in [thin clients]; we’re starting to use it as part of our unassigned seating plan [trials],” Watters said.

“Obviously, having thin client devices linked into the telephone system means that people can move desks easily and work from wherever they want.

“We’re working on the head office this year; by the end of this year we should be virtually all on thin clients.”