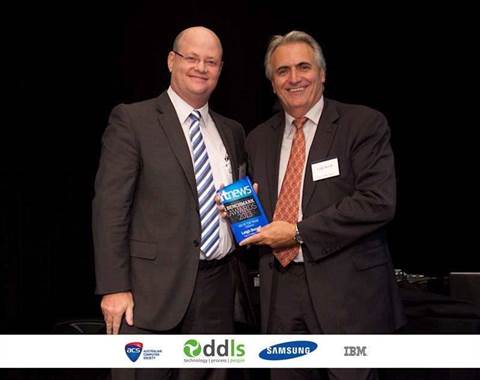 Information submitted to the inaugural iTnews Benchmark Awards indicated that in-sourcing had improved the utility's IT project delivery and cut costs by $2 million a year.

"This project shows that business is about people," Berrell said. "The people have made this successful."

Other finalists in the Benchmark Awards Utilities category were former Internode CTO John Lindsay and Jemena CIO Cameron Dorse, the former for the ISP's thought leadership position on IPv6 and the latter for the rollout of a customer self-service portal as part of its smart meter project.

The projects were assessed by an editorial judging panel and members of iTnews' CIO-only LinkedIn group.