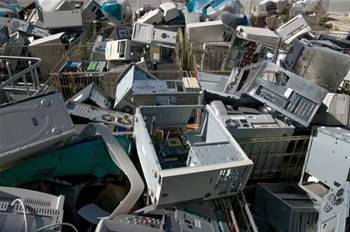 Standards Australia has released a new standard for the collection and recycling of e-waste in Australia and New Zealand.

The new standard is called AS/NZS 5377:2013 Collection, storage, transport and treatment of end of life electrical and electronic equipment.

In essence, the standard breaks down e-waste into types - such as CRT tubes containing lead and phospors - and then specifies the way that waste should be handled and disposed of.

The standard also contains guidelines about worker training for the handling of e-waste, as well as elements such as signage around e-waste collection sites.

“The standard enhances existing environmental protections and international obligations, while establishing the processes required to reduce the amount of waste going to landfill,” said Colin Blair, Standards Australia’s chief executive, in a statement.

The Australian government recently enacted the National Television and Computer Recycling Scheme in an attempt to reduce the amount of electronic waste going to landfill.

The scheme is run and funded by industry, and regulated by the Australian government. The aim of the scheme is to boost television and computer recycling to 30 percent in 2012-12, and by up to 80 percent by 2021.

The new Australian standard sets guidelines for how this electronic waste is collected and ultimately recycled. According to Standards Australia, the new standard provides environmentally-effective guidelines for industry, and will help to ensure 90 percent of all e-waste collected from mid 2014 will be recycled.

The National collection scheme is funded through a levy placed on electronics and television importers. This levy ultimately finds its way onto the pricetag of electronics purchased by Australians.