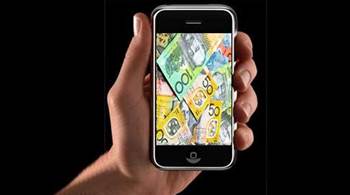 NAB has quietly pushed live a personal financial management tool within its internet banking platform, more than two years after it first piloted the tool with staff.

The Money Tracker application allows internet banking users to view their income and expenses by category, and set up savings goals and budget targets.

The application was built by Australian online banking technology vendor Sandstone, and comes more than four years after ANZ launched its MoneyManager budgeting tool that allows users to aggregate data from bank accounts with multiple institutions.

When NAB chose Sandstone over Yodlee for PFM it was at least two years into its NextGen core banking replacement project with Oracle. NAB today said it would be providing a market update on the progress of the project on March 13.

Personal financial management tools attracted the interest of banks five years ago, but an Aite Group report released late last year found 72 percent of US online banking users hadn’t used PFM and, 58 percent weren’t interested in using it.  Of those who had used it, only half did so on a bank site.

The main reason for this, Aite Group analyst Ron Shevlin wrote in the report, is that consumers are underinvolved in the management of their financial lives, and they don’t want their financial institution’s help in managing finances.

“A lot of these products come from a background where you need to be somewhat financially literate, but people don’t want to be an accountant with their own personal finances,” said Alvin Singh who is the co-founder of Pocketbook, a personal finance tool that operates in a similar way to ANZ MoneyManager.

Singh’s business partner Bosco Tan said Pocketbook was slightly different because it integrates data from other providers as well, including Woolworths Everyday Rewards and Flybuys.

“When you spend money there’s a whole bunch of data that’s created about that transaction. We want to bring all of those bits and pieces together.”

Pocketbook is also preparing to launch a feature called “safe spend” that allows people to check their finances easily on a mobile device. This type of service is also being tested by US banking startups Simple and Moven.

“It’s how much can I get out of the ATM while I’m at the pub, versus am I going to have enough money in four years time for a down payment on a mortgage,” Tan said.