A cut in the Sea-Me-We 3 cable between Perth and Singapore is causing Australian providers to re-route traffic and is causing email issues for New Zealand's largest telco, Telecom NZ.

Commissioned in 2000, the South-East Asia - Middle East - Western Europe 3 two fibre pair cable is some 39,000 kilometres long in total, spanning stretches of the globe from northern Germany to Australia and Japan. Its current capacity is 480 Gbps (10Gbps x 48 wavelengths).

A Sea-Me-We 3 fault notice - sighted by iTnews - says the fault occured from January 10 between repeaters 345 and 346, some 1,126 kilometres from the Tuas cable station in Singapore.

The operators of the cable said the implications for customers "should be minimal".

However, the notice warns that "customers could still experience increased latency, as services are routed via alternative routes which will be heavily utilised by other carriers also affected by this fault."

A repair ship, the ASEAN Explorer is set to arrive on the fault site on February 7, with an estimated resolution date of February 11.

The cable has been impacted by major disruptions in the past, caused by ship's anchors, earthquakes and other phenomena. A 2005 break cut all of Pakistan's electronic communications, affecting roughly 10 million internet users.

The chief executive and founder of ISP Vocus, James Spenceley, confirmed to ITnews that the cable had been severed.

"SMW3 is a single strand cable system and unfortunately this type of event happens every few years to those," Spenceley explains.

"The time to repair is not unusual given distances and complexity of undersea cable repair. It really highlights the requirement for cable system diversity or protection such as the ring design of the Southern Cross cable system,"

Michael Malone, chief executive of iiNet told iTnews that to his understanding, there is no actual customer impact - but the ISP's choice of routes has diminished.

"We are operating without backup until the cut is fixed," Malone says.

He echoed Spenceley's point about underseas cables being difficult to repair.

"Fixing underseas cables is an extraordinarily unsophisticated process involving a ship equipped with a long stick that has a hook at the end," Malone says. 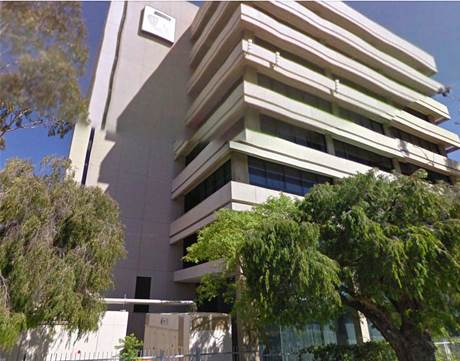 Across the Tasman however, Telecom New Zealand advises that the Sea-We-Me 3 cut is causing email headaches for Xtra customers as Yahoo! is using it to transit some email traffic to Singapore.

A Telecom NZ spokesperson told iTnews that "Yahoo! is re-routing traffic, but customers may be experiencing delays on the delivery of email they have sent from their Xtra addresses."

"There is no impact on the receiving of emails to xtra.co.nz accounts," the spokesperson says.

Update 17/01/13: Speaking to the National Business Review in New Zealand, Vocus CEO James Spenceley said  the email problems for Telecom's customers have nothing to do with Vocus, which manages Yahoo!'s bandwidth out of Sydney.

Instead, it is Telecom that has chosen not to peer with Vocus, Spenceley said.

Spenceley explained that thanks to the lack of peering, email traffic from Telecom to Yahoo! in Sydney takes a long, roundabout route via Singapore to Perth, across the now broken Sea-Me-We 3 cable.