Finalists chosen for CIO of the Year 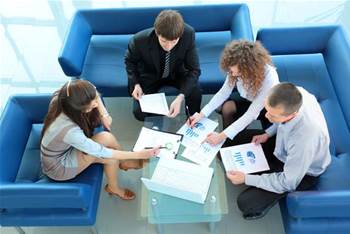 iTnews chooses 15 stellar IT projects as the best of 2012.

After an exhausting judging session lasting from early yesterday morning to late into the evening, iTnews is excited to announce the 15 finalists from whom our readers will choose Australia’s CIO of the Year.

The iTnews Benchmark Awards attempted to set a new standard for recognising technology excellence and the quality of submissions we received exceeded our expectations.

Head over to our Awards page for a summary of the finalists' projects.

In early January, we’ll be opening up voting to our CIO-only LinkedIn Group to add their votes to the judges’ scores.

FINANCE SECTOR CIO OF THE YEAR:

GOVERNMENT CIO OF THE YEAR

INDUSTRIAL CIO OF THE YEAR

RETAIL CIO OF THE YEAR

UTIILITIES CIO OF THE YEAR

It was incredibly difficult to whittle the group down to 15 – a great many commendable projects didn’t make the cut. To ensure transparency, we’ve captured the judging process on video – you’ll soon see bleary-eyed judges Brett Winterford, Liz Tay and Brad Howarth discussing the 15 finalists in a series of ‘Judging Notes’ videos published on iTnews.

We’d also like to hear your views on the projects on Twitter using the #BenchmarkAwards hashtag, or in our comments stream below.

Stay tuned for plenty more case studies and we hope to see you at the Awards night at the Gala Dinner of the CIO Strategy Summit at Melbourne’s Grand Hyatt on February 26, 2013.