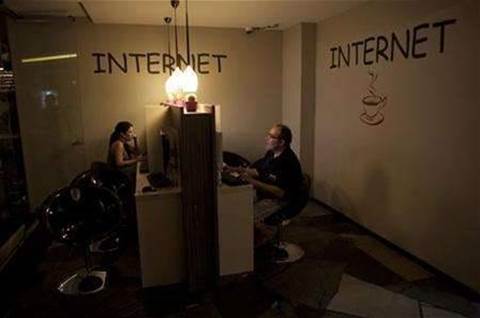 Hopes rose on Tuesday for a compromise agreement that would keep intrusive government regulation of the Internet from being enshrined in a global treaty.

As a 12-day conference of the International Telecommunication Union drew near its Friday closing, the chairman of the gathering in Dubai circulated a draft that sidelined proposals from Russia, China and other countries that have been seeking the right to know where each piece of Internet traffic comes from.

"The United States believes it is the basis for any further progress toward reaching an agreement at this conference," said US Ambassador Terry Kramer, who had led Western opposition to the earlier proposals.

The new draft was greeted positively by a broad swath of delegates to the conference and came as a surprise to many who had been frustrated by the deadlock gripping the event over the weekend.

Hamaoun Touré, ITU secretary-general, told Reuters he had hosted discussions between the opposing parties and weary delegates seemed eager to resolve their differences as talks drag into the early hours each night.

A majority of the more than 150 countries represented at the conference had been willing to officially extend the mission of the United Nations agency to the Internet, while the Americans, most Europeans and some other advanced economies wanted to limit the ITU to oversight of international phone calls and other means of communication.

The issue is coming to a head now because the ITU is revamping its treaty for the first time since 1988, before the World Wide Web took shape and became an economic, cultural and political force usually free from international oversight.

The compromise-in-progress would move most Internet elements from the treaty itself to a separate, UN-style "resolution" that is not binding on the countries, delegates said.

A few matters that could govern the Internet remain in the main document and will be debated Wednesday, said Markus Kummer, vice president of the Internet Society, one of several non-governmental groups that are involved in setting standards now and that sounded alarms about the Dubai conference.

Among the remaining provisions in the draft is a tentative assertion that countries could choose to "manage the naming, numbering, addressing and identification resources used within their territories for international telecommunications."

That could be interpreted as including the right to assign Web addresses, which is currently controlled by ICANN, a United States-based nonprofit under contract to the US Department of Commerce.

The non-binding resolution, meanwhile, was further softened to allude to the roles of parties from outside government.

"All governments should have an equal role and responsibility for international Internet governance and for ensuring the stability, security and continuity of the existing Internet and its future development and of the future Internet, and that the need for development of public policy by governments in consultation with all stakeholders is also recognised," the draft states.

Most of the talks have been behind closed doors, and so far the key debate on whether the ITU has a mandate to set Internet-related regulations has not been held in public.

Open sessions are instead devoted to relatively minor issues, with much of Tuesday's final debate spent squabbling over when the next summit should be held.

When asked if member states had formed an agreement over the terms in which the Internet was referred to in the treaty, Touré said, "of course," but declined to give further details, saying it had yet to be formally approved.

Touré said the treaty would "absolutely not" cover Internet governance, but admitted some references to the Internet were likely to be included in the final text, which may be too much for the United States.

"It's normal to mention the Internet, it's not taboo, because we're all stakeholders of this Internet world," said Touré. "The Internet is one of the biggest issues here, so for me it was important that we resolve this issue. By Thursday we should be ready."

Though the Western camp was happy with Tuesday's negotiations, some of its opponents remained unappeased. A Russia-led coalition resubmitted a previously shelved proposal that calls for sweeping new governmental powers over the Internet.

The revised submission, now co-signed by Russia, China, Saudi Arabia, Algeria, Sudan, Bahrain, Iraq and the UAE, says countries should be able to block some Internet locations and take control of address allocation.

The proposal also wants to allow states to track and direct Internet traffic and provides a definition of spam so broad it could potentially apply to almost any emailed message, which opponents warn could be used to curb online freedom of expression.

But this proposal has yet to be debated in the public sessions, and its recommendations may have little chance of being approved, especially following Touré's insistence that the treaty would not deal with Internet governance.

"The end result is very unlikely to have anything in it that would justify the amount of fear-mongering that led up to the conference," said Kieren McCarthy, a former ICANN official who runs .Nxt, an information service that specializes in Internet policy.

"But at the same time, there were several concerted efforts to increase government control over the Internet, so it's hard to tell what would have happened if people hadn't been so vociferous."

(Reporting by Matt Smith in Dubai and Joseph Menn in San Francisco; Editing by M.D. Golan)