Google may strike patent use deal with regulator Google may have to license patents that are part of industry standards for mobile technology under terms of a settlement being hammered out with the US Federal Trade Commission, according to a report by Politico.

The search engine giant got the patents as part of its purchase of Motorola Mobility last year.

At the time, Google founder and chief executive Larry Page told analysts that the portfolio would "help protect Android from anti-competitive threats from Microsoft, Apple and other companies."

However, a widely-circulated Bloomberg report last month alleged that Google was attempting to use the patents to block imports of competitors' products.

Google has shown a willingness to enforce the Motorola patents against competitors. In September this year, it asked the United States International Trade Commission to ban most current Apple devices, claiming they infringed Google's patents.

Citing sources, Bloomberg noted an apparent willingness by the FTC to commence antitrust proceedings against Google over its alleged failure to license the patents, which are considered "standards essential", on fair, reasonable and non-discriminatory (FRAND) terms.

The FTC has been investigating the matter since June, according to Bloomberg.

Politico reported that months of negotiation with Google could see a deal cut as soon as this week.

Hold-ups in the negotations are reported to centre around exceptions to licensing terms and dispute resolution clauses, though the FTC did not comment to Politico, and a Google spokesperson said only that it was working "cooperatively" with the regulator.

As part of the deal, the FTC may also drop an unrelated antitrust investigation over Google's search service, and leave it to the European Union to resolve, Politico reported, without citing sources. 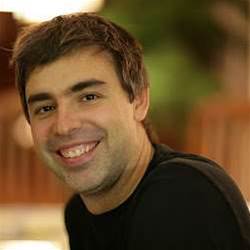 "First of all, I don't think there's any physical way we could have released a Nexus Motorola device in that sense. I mean, we haven't owned the company long enough," Page said in an interview with Fortune magazine.

When asked directly when there will be a Motorola Nexus device and what he would tell the existing, original equipment manufacturing partners Samsung and LG, Page declined to provide a straight answer.

Page concludes that in that area, "I think we've done a pretty good job of that so far."