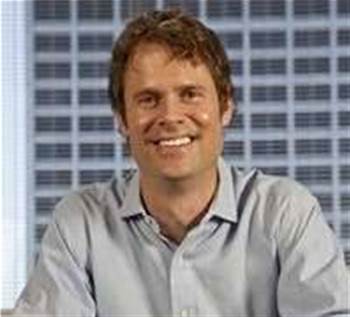 Voyager will host the high-profile US company's service in its data centre with a content delivery network streaming music to listeners and subscribers in Australia and New Zealand, as well as serving advertising.

The Auckland ISP was set up by the founder of Orcon, Seeby Woodhouse. Orcon is now owned by Kordia.

Woodhouse told iTnews that Voyager has invested in infrastructure and connectivity for enterprise customers over the past few months, including 6 Gbps national peering and 2 Gbps international transit capacity.

Voyager also has an office in San Francisco, which provides the Internet radio provider a local point of contact.

The comparatively high cost of internet bandwith in Australia and New Zealand was an issue for Pandora establishing itself in the region, founder and chief strategy officer Tim Westergren told iTnews, though it is becoming less so.

"There is a misunderstanding that Internet radio is a huge bandwidth consumer, but the reality is that nobody's going to go through their data caps by listening to music," Westergren said.

For mobile devices, Pandora utilises 32 Kbps AAC+ encoding, Westergren said. The service uses up to 128 Kbps for the desktop variant, with most of the music being transmitted at between 32 Kbps to 64 Kbps.

Pandora has become a mobile platform, Westergren said. Apps are available for Apple iOS and Google Android, with a free, ad-supported option or a paid subscription option.

"In the US, 75 percent of music on Pandora is consumed via apps," he said.

Car maker Holden has inked a deal with Pandora that allows users of the streaming service to play music via the dashboard of cars through a smartphone app and a 3G connection, using their mobile data plans.

"Figures show that Pandora users buy 30 percent more music than those who don't use the service," he said.

Conceived by Westergren and Will Glaser around 2000, Pandora is the business arm of the Music Genome Project that seeks to codify music with a list of trait-determining attributes.

But in 2007, Pandora had to block users outside the United States after Digital Millennium Copyright Act complaints were filed against the service.

Westergren described the move as "heart-breaking".

Pandora has been available to Australian and NZ users again since July 2012, and Westergren said licensing issues are now sorted out via APRA/AMCO and PPNZ.

Pandora has since enjoyed strong growth, but not strong profit. It increased the number of listeners by 48 percent this year to 56.2 million and recorded a 70 percent increase in listener hours (to 1.16 billion).

That resulted in a 51 percent rise in revenues, but higher costs meant the company booked a loss in its second-quarter results.

The worsened financial performance is also partly due to new competing services such as Spotify that eat into Pandora's market share and ad sales.

Westergren said that it is looking at partnering with ISPs in the region to grow the service on the ground.

"I wouldn't be surprised if we announce some deals with ISPs soon," he said.