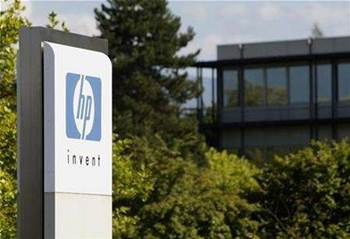 Letter finds HP in no mood for 'debate'.

HP rebuffed a request by former Autonomy Chief Executive Mike Lynch to detail accusations of accounting fraud levelled against the British software company and its former executives, and challenged Lynch to submit to questions under penalty of perjury.

HP was responding to an open letter that Lynch shot to HP's board on Tuesday, asking for specifics of the US company's allegations that Lynch and former Autonomy executives inflated revenue and gross margins, which HP said last week forced it to take an US$8.8 billion writedown on Autonomy's value.

In his letter, Lynch again flatly rejected any accusations of impropriety, and requested that HP's board share with him the same documents it had submitted to US and British regulators, including the Securities and Exchange Commission and the Department of Justice.

Tuesday's exchange between HP, the world's largest computing company by revenue, and the former chief of Autonomy, which HP acquired for upwards of US$11 billion last year, escalated a row that erupted last week when HP stunned investors by publicly accusing Lynch and other unnamed executives of inflating financial results such as margins.

The revelation again brought into question the competence of HP, which has made a series of missteps in past years including failed acquisitions and poor strategic decisions.

In Tuesday's letter, Lynch challenged HP to elaborate on how it calculated the writedown, especially US$5 billion that the company has said was directly attributable to accounting impropriety at Autonomy.

"Can HP really state that no part of the US$5 billion writedown was, or should be, attributed to HP's operational and financial mismanagement of Autonomy since the acquisition?" Lynch asked in the letter.

HP responded by saying the matter was now in the hands of the SEC, the UK's Serious Fraud Office and the Justice Department, and that it will defer to those agencies on how to engage with Lynch. It also warned it will take legal action against "parties involved" at the appropriate time.

"While Dr. Lynch is eager for a debate, we believe the legal process is the correct method in which to bring out the facts and take action on behalf of our shareholders," HP said in an emailed response.

"In that setting, we look forward to hearing Dr. Lynch and other former Autonomy employees answer questions under penalty of perjury."

Last week's announcement came alongside the disclosure of a 6.7 percent slide in quarterly revenue, and occurred just three months after HP took a writedown of almost US$11 billion on its EDS services division.

HP has for years relied on deal-making, acquiring businesses ranging from EDS to Compaq to Palm, but has largely failed to articulate a clear strategy or establish a strong position in growth businesses like computer services or mobile computing.