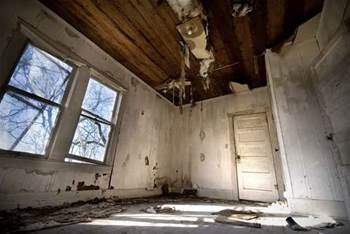 Telstra has stepped up its fight to maintain wholesale ADSL rates at current levels, citing post-World War II rent controls in New York as an example of the "dire consequences" invited by "incorrect pricing" decisions.

The carrier is locked in battle with the Australian Competition and Consumer Commission over proposed changes to regulated wholesale ADSL charges, that could see prices fall.

Telstra is seeking to maintain current wholesale price levels, and has used its latest submission to the competition watchdog to warn the latter off making an "inappropriate pricing decision".

"Incorrect pricing can have dire consequences," Telstra said in its latest submission. (pdf)

"Perhaps the most infamous example in history of the adverse outcomes resulting from inappropriate pricing is the dilapidated state of the New York housing stock resulting from the introduction of rent control".

In a "case study" breakout, Telstra highlighted the investment mindset of property owners in rent-controlled buildings, portrayed in a high proportion of dilapidation compared to non rent-controlled properties.

It extrapolates that there is "consensus ... among economists on the destructive effects of rent controls and — by extension — price controls".

Telstra argues that lowering wholesale prices similarly sends the wrong message on network investment, and that will have adverse impacts for customers.

It argues that a lower wholesale ADSL price will increase demand for services but lower the amount of money it has available to invest in its network, leading to congestion and sub-optimal customer experiences with broadband.

"A lower WADSL price also affects in the long run, the availability of substitutes that can be utilised to 'share the load'‟.

"A reduction in WADSL prices will make investments in WADSL much more difficult to justify ... and, therefore, is likely to result in considerably more congestion for Telstra‟s and access seekers' customers."

Telstra has previously asked the ACCC to increase wholesale ADSL prices to "assist with the management of network congestion", to the derision of rivals.

The carrier also used its latest submission to refute some of the more derisive arguments laid out against congestion pricing.

In particular, Telstra argued that congestion could not be mitigated simply by an access seeker buying more AGVC capacity.

It also accused Optus of "confusing" the core and edge of the network, and noted in another instance that it did not understand other points made in submissions by Optus.